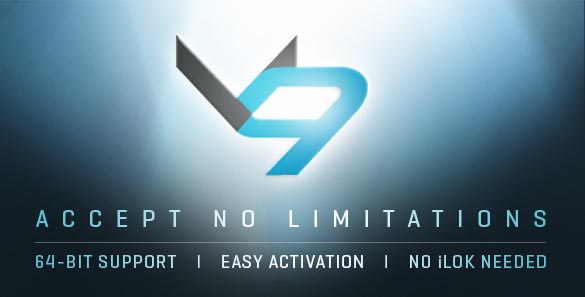 One of Version 9’s most highly anticipated features is 64-bit operating system support. Now Waves users can unleash the power of massive amounts of RAM memory in the DAW hosts of their choice. V9 also marks the introduction of Waves’ new easy-to-use authorization system, Waves License Center, which eliminates use of the iLok, ushering in an era of simplicity, flexibility, mobility and security. Waves License Center offers users authorization activation straight to their computer or any USB flash drive; easy license management; license mobility via USB flash drive or users’ License Cloud; and one-click license recovery in the case of lost or damaged devices. V9 also allows users to run V8 and V9 plugins side-by-side. New features for live use include 64-bit support and hard drive or USB flash drive activation for Yamaha and Allen & Heath consoles as well as MultiRack Native. No D-Show enabler is needed for Venue consoles.