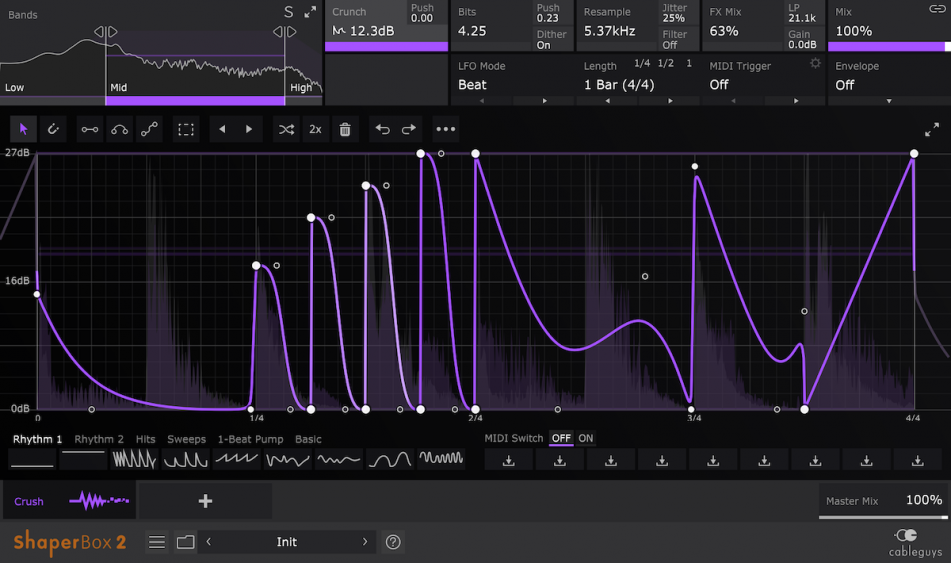 CrushShaper puts 3 distinct bitcrushing styles at your full control: ‘Crunch’ for fuzz, grind and grit. ‘Bits’ to reduce audio resolution, going 8-bit and beyond. ‘Resample’ for digital overtones and lo-fi retro sound. Animate each with its own custom LFO and envelope follower, then filter and layer with the dry signal using the handy ‘FX Mix’ section.

For mixing, deploy CrushShaper as a laser-targeted multiband tool: crush individual hits and frequency ranges in a loop, add treble sizzle and shine to vocals and hi-hats, rough up the lows in a bass, dynamically distort drum transients, and so much more.