On the heels of the competition, Vestax will be introducing their own four channel DJ controller at the up and coming BPM Show in the UK. There is not more to show then the picture below. All details will be revealed on october 1st. Speculations can start if it is a complete new product or that they have built on the founcations of their VCI controllers. As soon as we know, …. you will know! 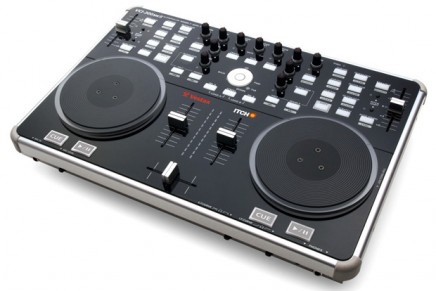 In 2008, the VCI-300+ITCH was the beginning for Vestax and Serato to create a new DJ console of the next generation. The goal was clear. To design a light weight and compact digital DJ instrument with the touch of analog control. Preserving the concept of the VCI-300+ITCH, the VCI-300MKII comes with usability improvements based on feedback from VCI-300 customers. Vestax has considered every comment that has been received, and have put them all in act. Simply to give DJs what they want.

News from Vestax. An the NAMM they are showing two new models from the VCI & VCM midi controller series.