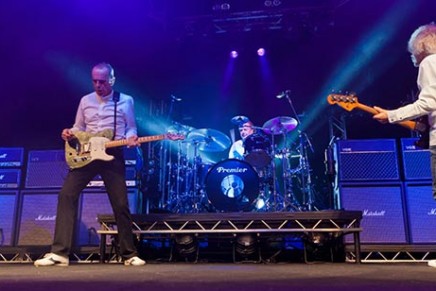 It was a tour whose initial dates sold out in just ten minutes. A tour which nobody thought could ever happen. But March 2013 saw the impossible become reality… and Yamaha digital mixing consoles played their full part in reuniting the classic line up of Status Quo – otherwise known as the ‘Frantic Four’ – on stage for the first time in over 30 years.