Denon DJ, a leading manufacturer of premium-grade DJ equipment, introduces the DN-MC6000 Mixer and MIDI Controller, a four-channel/eight-source standalone digital DJ mixer with MIDI interface and internal sound card. With an astounding amount of features, real-time channel matrix operation, slim tabletop design, state-of-the-art solid steel chassis construction and quality sound, the DN-MC6000 is one of Denon DJ’s flagship controllers. Also acting as an audio interface (with a 2 in/2out stereo soundcard included), the DN-MC6000, when paired with the user’s software of choice, is a turnkey control solution for mobile DJs and party DJs, and a clear centerpiece to any DJ rig. 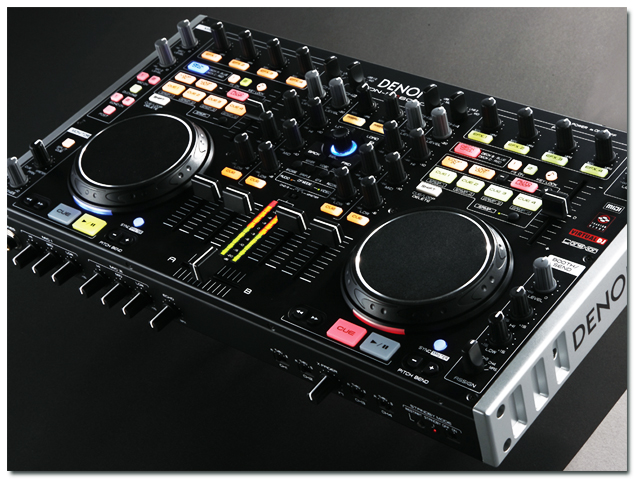 It comes bundled with Virtual DJ LE, Audio/Video/Karaoke mixing software in North/South America and Canada, and Native Instruments® TRAKTOR™ LE for Europe and Asia. The DN-MC6000 is MIDI-mapable and compatible with other popular DJ programs. The unit interfaces seamlessly with Mac® OSX and Windows XP, Vista and Windows 7 operating systems. Unlike other comparable products, the DN-MC6000 includes a selectable Video/Audio control cross fader feature. Each side of the unit can control up to two decks (for a total of four), with visible deck color change for intuitive, straightforward operation. Also notable is the fact that the DN-MC6000 is a real mixer, able to process audio inputs for external devices without a connection to a computer, as a dedicated mixer unit would.