Waves Audio in association with Aphex, is set to release their modeled plugin version of the original Aphex Aural Exciter. Officially called the Waves Aphex Vintage Aural Exciter, the new plugin is based on one of two prototype tube-powered units developed by Aphex during the mid seventies. 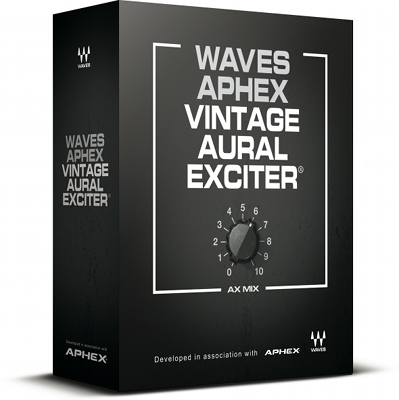 The Waves Aphex Vintage Aural Exciter modeled plugin delivers all the unique character of the rare original hardware unit, with all the advantages of software.

A true groundbreaker at the time, the original Aural Exciter traveled from studio to studio as an exclusive (and expensive) rental unit, bringing its distinctive sound to select sessions by leading recording artists. Highly regarded for its ability to increase and enhance presence, brightness, and detail on vocal tracks and masters alike, the Aural Exciter was even credited on popular albums by the likes of Jackson Browne, Linda Ronstadt and James Taylor, as a sort of hardware “session player.”