Stanton Magnetics, a member of the Stanton Group of companies and an industry leader in the design and manufacture of professional audio products for DJs, announces updated system software, SC-IX Version 2.0 and a new offline music file analyzer, QuickGrid software, for its innovative SCS.4DJ Fully Integrated Digital DJ Mixstation. Developed based on user’s feedback since the product’s launch earlier this year, both software applications look to further improve the SCS.4DJ user experience while DJing and preparing music files for performance. 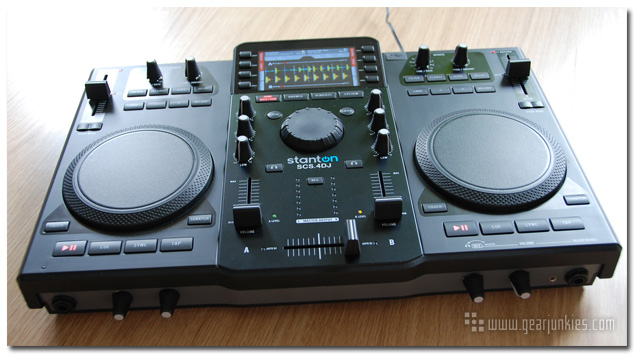 “One of the features that users will notice right away with the SC-IX Version 2.0 update is the speed increase when switching between different on-screen menus, especially for users with large libraries,” says Timothy Dorwart, CEO of the Stanton Group. “When this is combined with our new QuickGrid software, users are provided with a faster experience overall.”

DJ Mad Mardigan, resident DJ for the Minnesota Timberwolves at The Target Center as well as a touring DJ can see how these updates will aid him before and during gigs. “I have a huge and constantly growing music collection. With QuickGrid I can quickly prepare new music for a show without tying up my SCS.4DJ Mixstation,” says Mad Mardigan. “If I need to rush to get a particular song live, the new V2 software allows me to do a priority analysis.”

Faster Track Analysis with QuickGrid and SC-IX Version 2.0
Stanton’s QuickGrid software now makes it possible for PCs and MACs to do the track analysis work offline at high speeds. It also allows PCs and MACs to function as a central repository for all your music waveforms, making creation of multiple USB drives a snap! Users can also prepare USB drives to be used with the SCS.4DJ before a gig right from the QuickGrid application. SC-IX Version 2.0 also offers rapid association with QuickGrid’s database (2GB per minute), meaning databases made with QuickGrid can be used quickly with a one-time scanning process.

SC-IX version 2.0 has added the option to turn off background analysis. This allows users to have the full processing power of the SCS.4DJ available when performing. When you do need to analyze on the SCS.4DJ, any unanalyzed songs that are loaded to a deck will be analyzed first, allowing beat synched features such as SYNC and Loops to be available as soon as possible.

Browsing Improvements
Switching between the different screen types is now 25 percent faster making browsing for songs easier when dealing with large collections. The PLAYLISTS screen now returns to whichever PLAYLIST view was last shown, making it easier for users who prefer to work directly from their saved playlists. A playlist generation tool is now available, allowing users to create playlists that reflect the directory structure on their attached USB devices. This effectively allows browsing by folder directory, providing an immediately familiar way of navigating your drives.

Beat Grid Improvements
In addition to the ability to shift the beat grid to line up your beats exactly the way you want them (first introduced in the version 1.4.1 update), the beat grid lines are now adjusted when the BPM is doubled or halved. This makes for even more accurate use of SYNC and Loop functionality on songs with edited BPMs.

Improved Inputs and Outputs
The audio outputs of the SCS.4DJ have also been enhanced. Users will experience a +6dB boost in their headphone output, for club-ready volumes. For those using a lower-output mic, a boost setting in the SCS.4DJ’s system menu is now offered.

Additional Improvements
More Auto-DJ settings are offered with 2.0 including options for no tempo change when doing an Auto-DJ transition.

The MIDI mode for the SCS.4DJ has been improved to provide smoother more accurate tracking using the jog wheels.