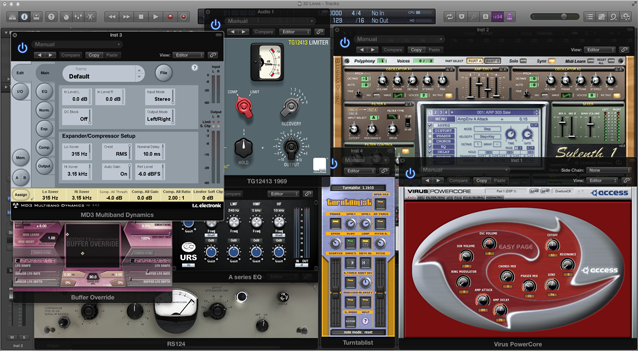 In July 2013, Apple introduced Logic Pro X, the next-generation version of its professional audio software, bringing many new features and improvements and an updated user interface. Moving forward with new technologies, the new Logic Pro X is a modern, 64-bit only application, which means that older 32-bit plug-ins will no longer work in Logic Pro X. Previous projects that were created in Logic 9 or earlier that include 32-bit only plug-ins will not fully open in Logic Pro X.

32 Lives is a new application, capable of generating 64-bit Audio Units versions of your loved and hard-earned 32-bit legacy plug-ins, helping you to cross over to the new Logic Pro X smoothly and transparently. Older Logic 9 sessions will completely load into Logic Pro X, including all presets, parameters and automation. No special re-wiring or routing is required. All your 32-bit only plug-ins will again re-appear in the plug-ins menu as they always did.

32 Lives (by Sound Radix) is a Mac-Intel only application, requiring Mac OS X 10.7.5 or above and an internet connection for authorization.