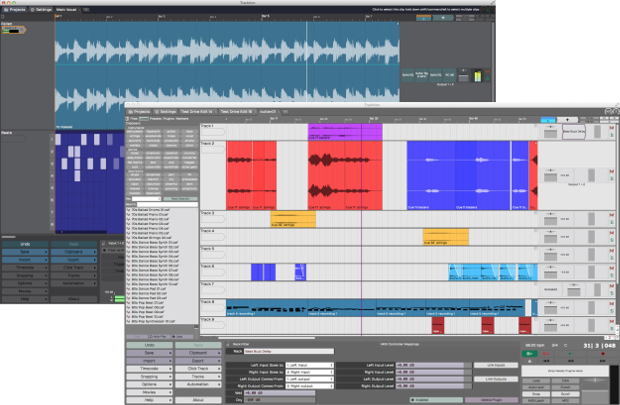 “Customizing the look and feel of your software can greatly enhance inspiration and the entire creative process,” explained TSC’s, James “Woody” Woodburn. “Tracktion has a long history of allowing users to modify the entire color palette of the app and even share these themes with other users – a feature that has grown to be very popular.”

Users can create multiple themes and switch styles at the touch of a button. For instance, one might have a daylight theme and then and a different nighttime theme. The revised Color Editor is available to all Tracktion 5 users and can be found in version 5.3.6.

Tracktion is a powerful, easy-to-use DAW and a remarkable value. At under $60 for new licenses (under $30 for major upgrades) and a free, full-featured demo available, it makes sense to check it out at www.tracktion.com