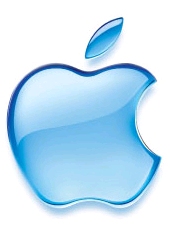 Apple Computer this month began sending letters to its world-wide Emagic software distributors, informing them that their services would no longer be required.

Emagic–creator of the Logic music production software suite–was purchased by Apple for a rumored $30 million in 2001, and has since operated as a wholly owned subsidiary of the computer company.

Frustrated by the most recent move, some former international Emagic distributors are crying foul play. They claim that the Xskey–once used to protect Logic applications from piracy–is now being abused by Apple to solicit customer information to the exclusion of the ex-distributors and dealers; the same people who previously made their living selling and supporting the software.

“If this were to reach customers ears that their information can now be used [by Apple] to dominate and control the music industry, I say there should be a Law protecting [this] flow of information,” one former distributor said.

Dealers also fear that Apple may exploit some of the customer information once provided innocently to Emagic through it’s Germany-based website. Armed with this data and the power to require additional customer info through future releases of Logic, dealers claim that Apple will soon be capable of dominating the software side of the global music production industry.

According to Apple, Logic is used by over 200,000 musicians worldwide and is the industry-leading audio production software for professional musicians, audio engineers, producers and film composers.

Around the same time that Apple began dismissing world-wide Emagic distributors, the company also registered for a trademark on the word “ProBand.” Some insiders have speculated that the company will eventually re-brand the Logic product line under this new name.