After releasing the PC VSTi/DX version in august, Synapse Audio released the OS X version of the Poly850 VSTi today.

The Poly-850 is a synthesizer plug-in, which started out as an emulation of a vintage synth, but went beyond that by adding a several improvements and new features over the original. 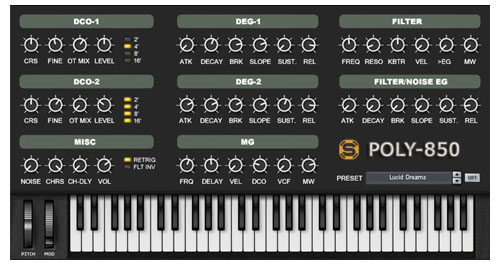 Poly-850 costs $79 USD. A demo version is available at the Synapse website.