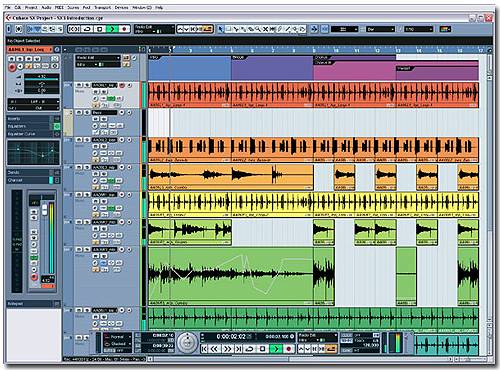 Among the new features coming to Cubase SX with the 3.1 update is the latest stage of the ongoing Studio Connections collaboration between Steinberg and Yamaha. This innovative technology allows the seamless integration of Yamaha hardware in Steinberg host applications. Studio Connections II: Audio Integration allows convenient monitoring and mixing of Studio Manager devices just like VST instruments in the Cubase SX VST audio mixer. Other external instruments not supported by Studio Connections can be integrated just as easily. Also new to Cubase SX 3.1 is the ability to control external hardware effects via MIDI, giving full control over external effects hardware from within Cubase SX.

Cubase SX 3.1 now includes support for Steinberg’s optional Dolby Digital and DTS Encoder plug-ins, opening these world-standard formats to all Cubase SX users. Additional processor optimization means that Cubase SX/SL 3.1 supports not only Mac and PC multiprocessor systems but also the latest AMD and Intel DualCore processors as well as Hyperthreading and DualCore over dual processors. This puts the considerable performance increases these technologies allow fully within the grasp of professional musicians and producers using Cubase SX and SL.