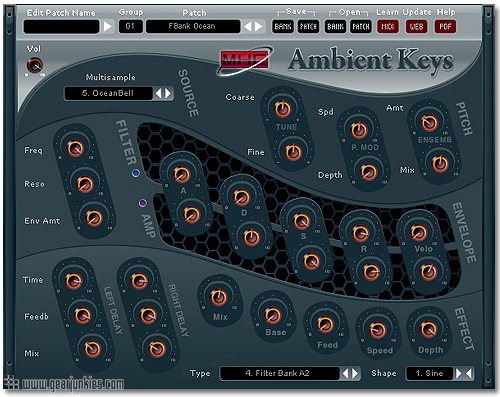 Version 1.5 includes the following new features and improvements:
– New GUI
– The drop down menus have got increment/decrement buttons.
– Fixed a couple of bugs.
– Tested in more hosts, including Chainer and Cakewalk’s VST-DX adapter.
– The manual has been extended with around 20 pages