Image Line, the company behind the infamous FLStudio software, has acquired Toxic III from Maxx Claster. Toxic III features a hybrid synthesis engine, combining the best of FM and Subtractive synthesis. With the addition of a warm, analog modeled filter and set of built in effects, the Toxic concept remains one of convenience, simplicity, and superb sound quality. 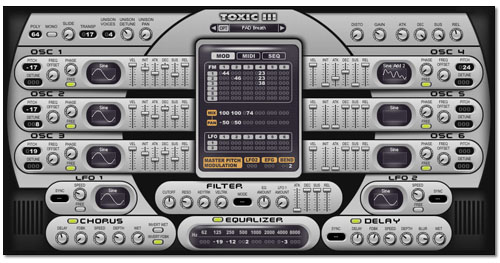 ImageLine also announced that a Mac OS X version is currently in development. To celebrate this acquisition, Toxic III is available for the special price of $59 until the end of July. Once the Mac version is released the price will rise to $99.