Now and the coming months several big electronics manufacturers are releasing their own touch tablets, all trying to get a piece of the Apple cake. Over the past two, three years the role of the iPhone and, recently, the iPad has matured from gadget to serious tool in a studio or live performance environment. Looking at the first music apps for the iPhone, I personally have to admit, I thought this was just a temporary fad, craze. But with the iPad, and because of its larger format, the HD apps are maturing fast and deserve to be taken seriously. 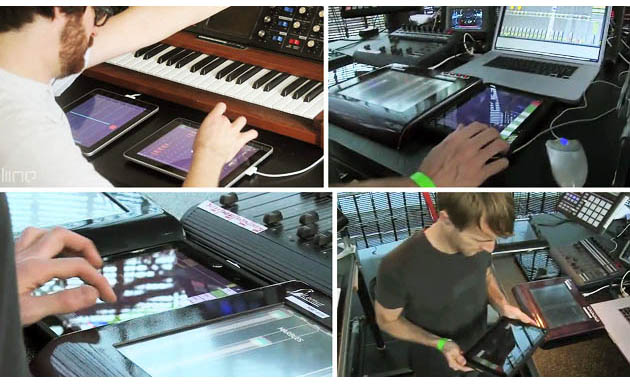 But, let’s get back to the title of this article. Will the iPad tablet get competition by the new to-be-released tablets? When looking closer into the matter, my first thought was: … not really. Or even more specific, … not yet! Why is the iPad better at the moment? Well surely not because of the specs. Many of the new tablets have much more user friendly features then the iPad. Just think of the better connections like USB and HDMI slots, audio connections, Flash support, etc. All the features the iPad doesn’t have and has been criticized for. The reason why I think the iPad will have a decent lead on the competition are… the applications. The apps! At the moment there are already 25.000 apps developed for the iPad. Where the competition is virtually still at … (near) zero!

The competition
The first important player to arrive to the tablet scene is the Samsung Galaxy Tab. However the Galaxy Tab will have a 7″ screen against the 10″ of the iPad. This Samsung tablet will run with the Android platform from Google.

Other manufacturers that have Android tablets in development are Toshiba, LG, Archos, Motorola and Sharp. One major difficulty when it comes to Android app development for these tablets are the different screen resolutions. It seems that every manufacturer will have their own format/screen resolution. Advantage for Apple, there is only one size so any app can be designed to just one specific size.

Next to the Android platform there have been rumours of a Microsoft tablet running on Windows 7. One tablet already running on Windows7 is the Dell Inspiron Duo. Or is it a tablet? The Insprion Duo looks more like a crossing between a mini-laptop and a tablet. A spokesperson from Dell called it a tablet with a keyboard. 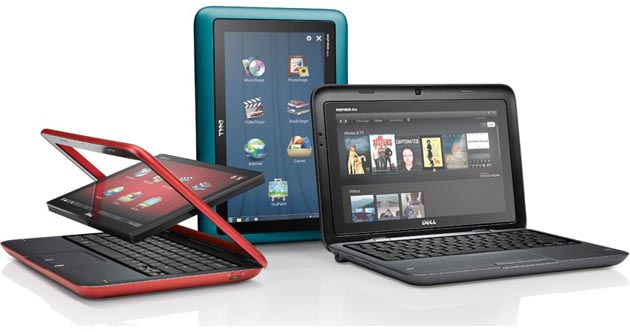 Rumours are that Hewlett Packard has another tablet in development next to the expected HP Slate, called the PalmPad running on webOS! So would this be a third OS platform?

Function
We have to get things in perspective here. First off, to be clear, we are looking at the role of touch tablets in the studio and on stage. It is safe to say that at the moment Apple doesn’t have any competition simply because of the fact there aren’t any apps for the other tablets, again, looking at specific music apps (instruments, fx, controllers).

Next question would be: “… will there be apps?” During my research, for this article, this was the issue I kept thinking of. Every device is only strong enough with decent quality content.

App development
I contacted several app developers with a simple question: “Do you have plans to develop/port your apps to any other platform then iOS?” The general conscensus was… “no,  not really!” Android and Windows 7 have a lot of catching up to do, because at the moment they both aren’t really suitable for tablets. A new version 3.0 of Android is planned early next year which should improve suitability for tablets.

A significant fact that makes app development difficult is the difference between the hardware of the new tablets. It seems every manyfacturer has their own view on size, creating diversity. So even if a tablet would run on Android for example, the difference in size would need a different app for each tablet. From a business perspective this isn’t interesting for a developer since it costs too much. It would take too much time to get an app run well on different hardware.

Another issue that came up is that the SDK (Software Development Kit) for Android still lacks behind the SDK from Apple. The lead in developer tools is still quite significant for the iPad. So before Android will start to play a role here, a lot of improvement for audio development has to follow. Many developers are looking forward to version 3 of the Android OS, before they commit to any Android app development. This being said, Apple will have a better MIDI compatibility with the next update of their iOS. Version iOS4.2, release in november, will provide support for MIDI. So Apple will even extend their lead on the competition when it comes to music apps.

Conclusion
Can the iPad expect competition in the studio or on stage? I can only give one answer and that’s: NO! Without getting into the hardware discussion of what is better, Apple has such a lead on app development that I don’t see any other OS getting near Apple’s status for a long while. The two main reasons are technologic and economic. The other OS for tablets don’t deliver enough (yet) for developers to put much effort in developing music apps. Furthermore, due to the diversity of sizes it’s not very appealing for small developers to invest in development and testing for other then Apple iOS at the moment.