Renoise 2.6 Final, a tribute to the most tech savvy users, is out now. The highlight of this release is the scripting engine, which allows users to code new features in scripts that can be plugged into Renoise in packages called Tools. Furthermore there are some exciting changes under the hood, one of which makes working with longer samples a lot easier.

It’s official. The guys at Renoise are pleased to announce that Renoise 2.6 is ready for production. Over three months of community driven beta testing has put the software through the ringer. User feedback has resulted in their most innovative release to date. Rock solid stable, as usual. 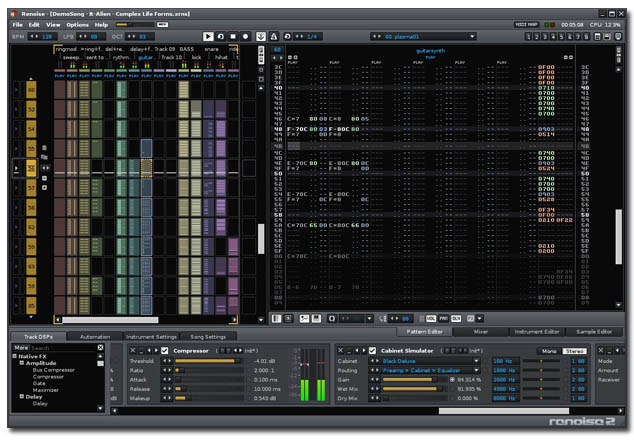 # SCRIPT EVERYTHING USING A TRULY OPEN API:
Lua is a light-weight programming language, which together with the Renoise API allows you to build add-ons quickly and easily.

“Firefox has extensions. Renoise has Lua scripts. You can customize the user interface, manipulate musical elements in your song, control MIDI, audio, and OpenSoundControl, or actually dive in and create features Renoise doesn’t have yet.” -Peter Kirn, Create Digital Music

Lua scripting, introduced as part of the beta cycle in July, has already resulted in a plethora of new tools, as well as native support for the following hardware: AlphaTrack, BCF-2000, BCR-2000, KONTROL49, FaderPort, microKONTROL, nanoKONTROL, Launchpad, Remote SL-MKII, Nocturn, Monome, Ohm64, iPad via TouchOSC… All created by the Renoise community on their own dime, just for the fun of it! Now that Renoise 2.6 is stable and ready for the public at large, we can only imagine what’s next. Note to hardware companies: About those extra units sold? You’re welcome.

Check out the new tools page for more: http://tools.renoise.com/

# SAMPLE AUTOSEEK:
Samples have a new setting, “Autoseek“, which will, when enabled, make them behave like a traditional audio channel. You can start playing back the song at any position, and the sample will automatically seek to the current position in the song without having to be triggered.