Curtis from the Strange Agency is the first granular synthesizer for the iPad. Granular synthesis works by combining many tiny grains of sound from an existing recording, creating new sounds with the texture of the original, now with endless temporal possibilities. Play the sound forward, backward, or even at a single point! Unlike scratching a record, pitch doesn’t depend on how quickly you move through the recording. Try with spoken word, singing, synths. Mangle your recordings or create soft, gentle textures!

The Strange Agency announced the 2.0 release of Curtis, with some great new features: 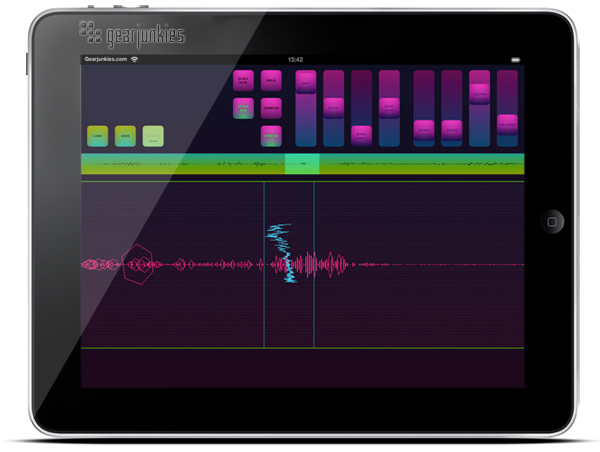 Their comments on Curtis 2.0:
“We think this edition is a great improvement over the last. It’s far more musical, with chromatic quantize snapping the grain pitch to actual notes. A fantastic idea from Sleazy! The new amplitude envelope greatly extends usability and expressivity, so Curtis doesn’t perpetually sound, but can now be played like a more traditional instrument. Controls have all been surfaced, so there is no longer a need to flip down a hidden panel. The scratch mode we were playing around with some months ago has been incorporated as well. A big thanks to the users who wrote with suggestions, ideas, and demands!“