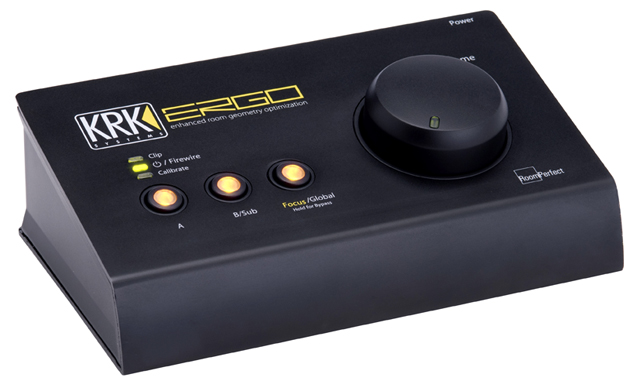 “We have been amazed at the response to ERGO, and in particular the RoomPerfect™ algorithm from Lyngdorf Audio. This method of room correction stand head and shoulders against anything else offered in the recording and broadcast sector. The new firmware ensures the compatibility with new and future revisions of operating systems and extends this fantastic solution to all.” says Timothy Dorwart, CEO for The Stanton Group.

As an audio interface ERGO not only provides room correction, but four monitor outputs, a headphones output, a pair of analog line inputs and an S/PDIF input.  The new firmware/software updates also allow the recording source to be dynamically switched between the analog and digital inputs. ERGO’s documentation has been updated to highlight the possibilities of ERGO as both an audio interface with built in room correction, or a stand-alone system which can be integrated onto the back end of any existing audio hardware. ERGO is capable of correcting two sets of studio monitors or a full 2.1 system with discrete control of the subwoofer. The room correction can correct both the sweet spot and the entire room, and the user can dynamically switch between the two when others are in the room.”

ERGO utilizes the RoomPerfect algorithm licensed from what is considered to be the authority on room correction, Lyngdorf Audio. Developed in Denmark this state-of-the-art technology uses highly complex test tones, multiple measurements and over one thousand EQ points to control the audio environment.   The system can derive data on room modes, power response, directivity and LF roll-off, which other modes of correction do not account for. For additional product specifications please visit www.krksys.com.