Celemony‘s new music restoration program Capstan is now available, a demo version online. Capstan removes wow and flutter from musical material of all kinds and commends itself therefore to professional restoration and mastering studios. The program runs as a stand-alone application under Windows and Mac OS and supports all common two-track formats. 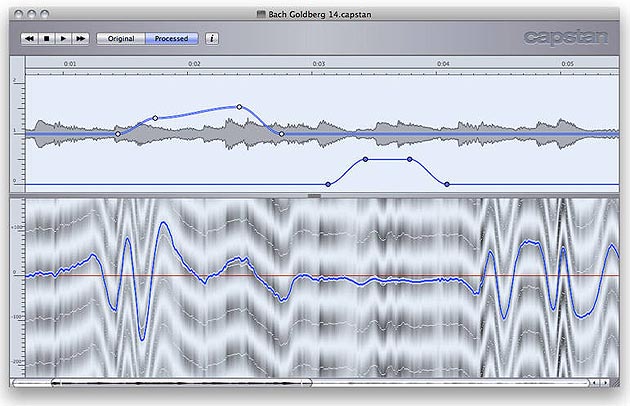 Capstan is capable of removing wow and flutter from musical recordings – whether on tape, compact cassette, wax, shellac or vinyl. Capstan detects wow and flutter by analyzing the musical material itself, so the medium is of no relevance. In this, Capstan is clearly superior to solutions such as bias tracking, because Capstan still works even if the tape has already been copied several times or digitized only in low resolution.

Andrew Rose, CEO of Pristine Audio on Capstan on a Beethoven piano cycle by Artur Schnabel: “I have to say the result was astonishing! Schnabel’s piano suddenly achieved a solidity which I’ve never heard from a recording of this era, with not the slightest hint of pitch instability. Once I’d heard it I knew there could be no going back.”

For further information, a film with sample applications and the demo version visit: capstan.celemony.com