Urs Heckmann (u-he) proudly presents a new version of Zebra: V2.5.1 is now available for download. With numerous improvements, including the new oscillator effects and 64-bit support, version 2.5.1 is much more than a normal maintenance update.

Urs also decided to offer Zebralette for free! Zebralette started out as “magware” and then became part of the Zebra bundle as a learning tool for Zebra’s powerful oscillators. Zebralette is still automatically installed together with Zebra, but now has no demo limitations. 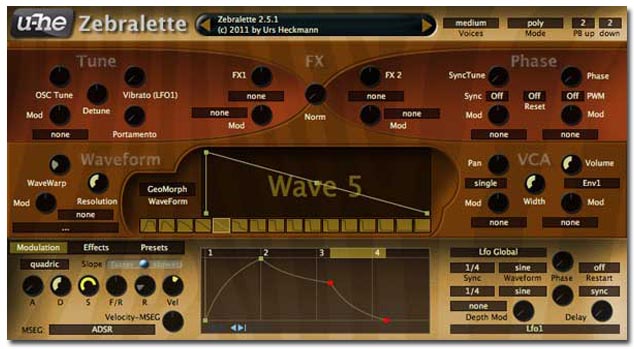 Last but not least, U-He have dropped the old $20 charge for upgrading from Zebra1 AU to Zebra2. All Zebra1.x license owners can retrieve a free Zebra 2.5 license from the support section.