TX16Wx is a 100% free VSTi Sampler with professional features and an easy to use graphical interface – and – one of the few sampler instruments, free or commercial, with a fully documented file format. Not a preset-player or disk-streaming library engine, this is a plugin for you to make your own sounds, tweak and experiment. Bring back the fun of the old hardware samplers – in software. 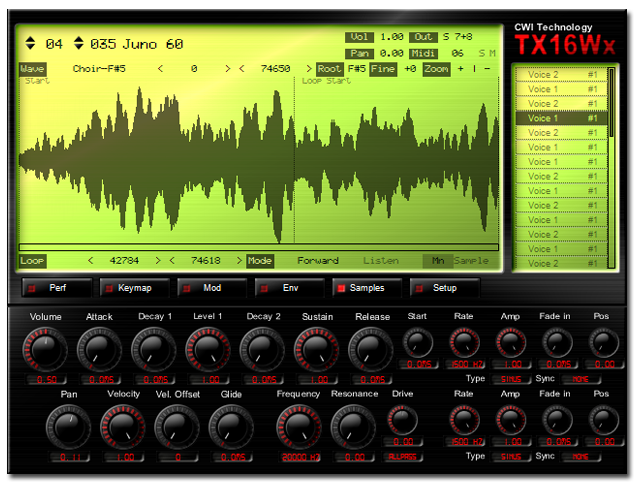 Calle Wilund (CWI Technologies): “After several years of on/off development, I finally got my act together (somewhat) during July of 2011 and fixed the few remaining features I wanted to add before publishing the plugin. The result is the first public beta release of the TX16Wx VSTi Software Sampler.”

Downloads for Windows x86 and x64 are available.