The Allen & Heath Xone:DB4 can de considered as one of the most elaborate DJ mixers/controllers of the moment. It has tons of functions like a 3 band EQ and a 3 band Filter, an effect processor for each channel, a built-in audio interface, and so much more. To me, personally, it is a mixer of ‘the next level’. To mention just a little detail, the Xone:DB4 comes with its own HQ carrier-bag. Little details like this tells you this is more then just a mixer. 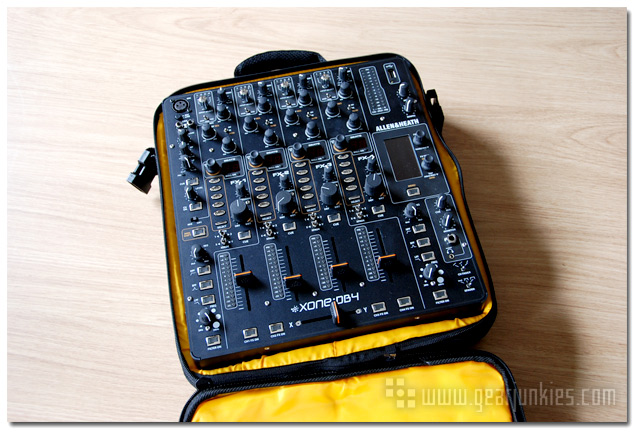 Premier League
The Xone:DB4 comes with its own (UDG-like quality) carrier bag, with enough room for your 17″ laptop, headset and external interface (however you don’t need one as there is that HQ built-in audio interface).

Let’s continue with the actual device. The DB4 is a DJ mixer in the High-End category, I call it a top player in the Premier League. This opinion is not only based on the price tag. Also the general feel of the mixer itself tells you this is not your average mixer.

One of the features that showed me, personally, that the Xone:DB4 has its own place in the market are the colors of the VU-meters. Instead of the common green, white and red LED’s A&H uses the more softer yellow and blue colors. The LEDs are placed at each channel plus on the master out, just as I prefer it! Nice! 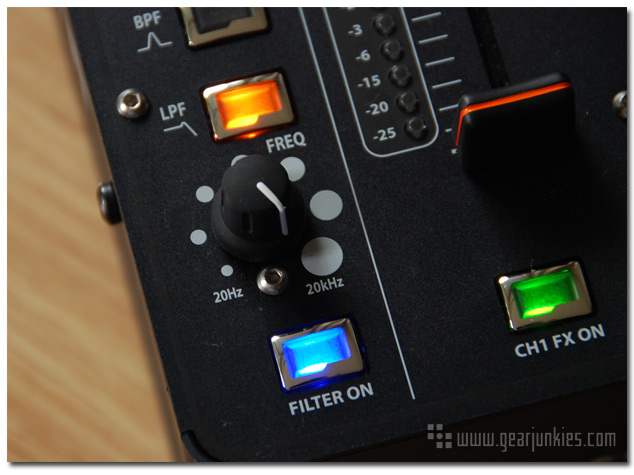 Effects and Functions
The possibilities on each channel are almost endless! With each channel you get a VU meter, a 3-band EQ switchable to a 3-band Filter and even to ISO. Furthermore there are controls for effect activation, a dry/wet rotary en the volume for the effects, but more on this later. Very handy is the option to select your sound source for each channel, with a kind of matrix setting. Then there is a switch for digital, analog and USB. Another feature I really liked was the kind of ‘instant loop’ for each channel. You can create a stutter effect with it, just like the roll FX on a DJM-800. Finally a switch to select the other 3-bands EQ and the ‘X-Y’ for the crossfader.

The filters on the DB4 are just how we know them from A&H, in one word ‘delicious’. Your choices are, for each channel, low, mid and high-pass filter. Furthermore there are two separate filters you can set for each channel.

Next to the four channels you’ll get an extra Line-In (AUX) for a microphone for example. You could connect it to channel 1 if you want so you can add extra affects to your microphone/line-in input. Standard the Line-In only has a 2-bands EQ. 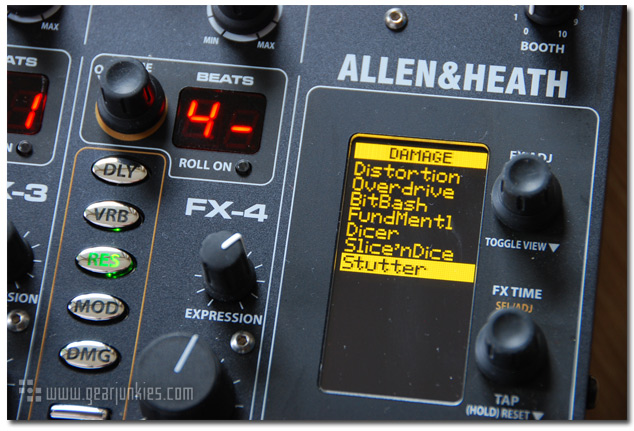 So what makes the Xone:DB4 so special? Well, one of those features is certainly the effect section. As mentioned before, you’ll get a separate effect processor for each channel which you can activate simultaneously. However you can only select one effect for each channel. But even with one effect in combination with a filter and a loop you could create an awesome cool result! Next to the regular effects like delay, reverb, resonator and damage, there’s a library full of effects you could use. One minor detail I experienced was the fact that when I switched an effect I got a small drop-out. Bummer! 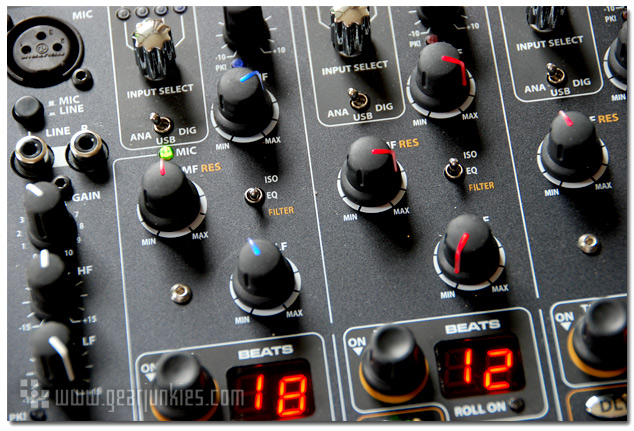 Audio
The Xone:DB4 has a studio quality audio interface on board. Sadly it’s not Traktor Scratch compatible. You would think for this price it should! The mixer can be used with Traktor 2 however in combination with the MIDI section of the DB4. You’ll get many more features this way but, you can’t use the effect processor at the same time, sadly. When you are not a scratch user this won’t concern you, since any interface works with the regular Traktor Pro. Together with the MIDI capabilities this gives you endless possibilities with the DB4.

The inputs on the mixer are, again, just great! You’ll get four analog inputs through RCA (of which two are switchable to phono/line), four digital inputs with USB access to the four stereo inputs that are available with the 24 Bit, 96 kHz audio interface. So in total … none less then 12 inputs! 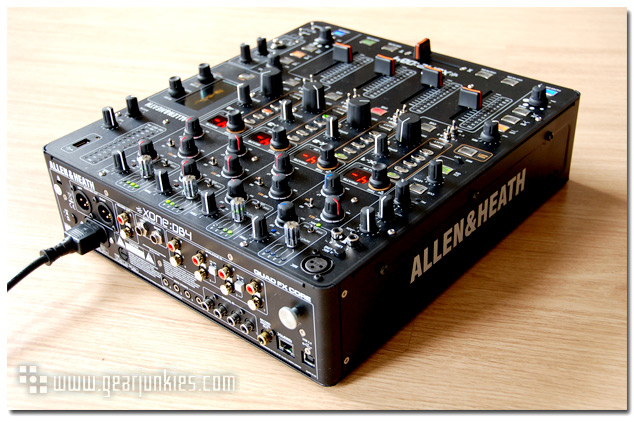 MIDI
So we know that it is an amazing DJ Mixer, but let’s not forget the Xone:DB4 has a very elaborate MIDI function. When you press on the ‘midi shift mode’ the Xone:DB4 turns into a full-fledged MIDI controller, mappable to your preferred DJ software. With the right mapping you can easily control your decks in Traktor, browse and select tracks. With the use of different ‘pages’ you can set multiple functions under one button and this way mapping extra functionality. When using the Mixer as a MIDI controller you can also easily use the mixer functions with the ‘midi shift mode’ button.

Verdict
The Allen & Heath Xone:DB4 is an amazing machine! At all this ‘amazingness’ is a hefty price tag attached. But then again, you’ll get so much in return for this price! The best filters you can find on a mixer together with an EQ where ‘kill’ means dead silence. I would have preferred a kill-switch for that however.

The rotaries on the DB4 feel incredibly soft to the touch and the faders are of top quality. Everything feels just great on this mixer, because it is just a TOP mixer/controller. I used the football metaphor before and it is accurate. This machine is a top player in its league!

The Xone:DB4 has a (street) price of around 2200 Euro. We like to thank TM Audio for the opportunity to review this great mixer.