With the coming BPM trade show in the UK starting this saturday, many manufacturers are introducing lots of new stuff at this DJ trade show. After the announcements this week Numark is joining them. Numark will be introducing their new N4 Four Channel DJ Controller and Mixer. 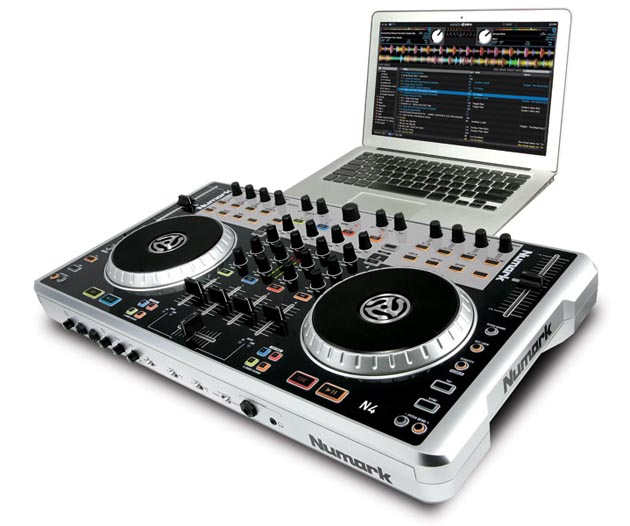 Featuring 4-decks of software control plus a built-in mixer that can be used with or without a computer, N4 is designed for DJs who want powerful capability in a lightweight, portable package. This complete 4-channel controller has everything DJs need to perform at their highest level: large, touch-sensitive platters, 4-decks of software control with loop and effects controls, a built-in USB audio interface and a comprehensive mixer section with EQ and gain. N4 will come with both Serato DJ Intro software and a 4-deck version of Virtual DJ LE.

“N4 is going to be an incredible instrument in the hands of DJs everywhere,” said Chris Roman, Numark Product Manager. “We’re packing innovation, capability and control into a design that looks and feels great.”