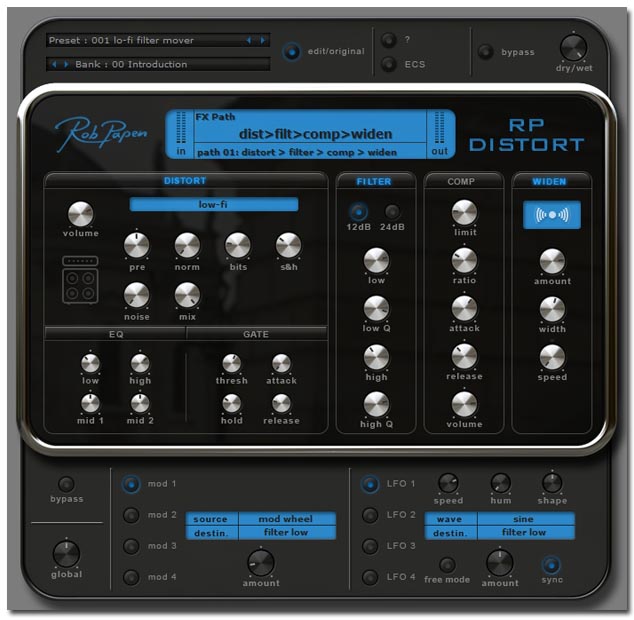 These units can be re-ordered, but also can be turned on or off. So in case you only want a great analog modelled filter… RP-Distort can offer this. Or only the unique widener unit which is great for widening a boring mono track.

On top of that, the controls can be modulated using midi sources or by one of the 4 build in LFO’s that can sync to your host tempo. The distortion unit offers 22 distortion types included ring modulator and lo-fi. Inside this section you can also find the EQ and noise-gate.

RP-Distort is in fact a wicked FX unit that will distort or alter your tracks in an inspirational way.”

It is safe to say that the plug-in is coming soon, however exact details on availability and/or price haven’t been released yet. We will let you know!