DJing has progressed to a new era with the evolution of digital media.  In a world that was once first dominated by vinyl, then CDs, and now the emerging USB and streaming devices, it’s time to revolutionize the DJ booth, because right now as a DJ you make a choice between DJing with a turntable, a turntable and software, or a CDJ/Controller. No one device has ever managed to give you the flexibility to choose depending on your performance, style or your audience. 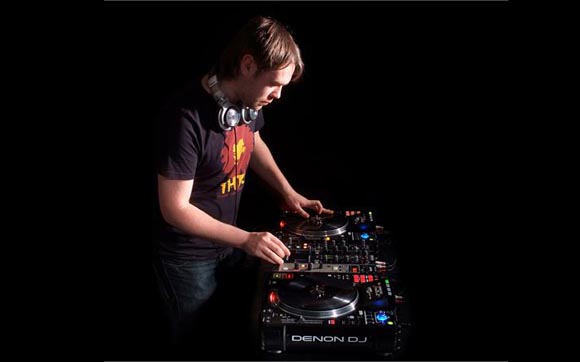 That is, until now.

Denon DJ is proud to introduce the SC3900: Digital Turntable and Media Controller with 9-inch Active Platter.  Utilizing a completely redesigned High-Torque Direct Drive Motor that exactly mirrors the feel of vinyl, the SC3900 brings home that familiar feel but with the choice of CD, USB, Software, or even a networked Media server as your source of tracks.

Years of development with top international DJs has allowed Denon DJ to perfect the platter of the SC3900 for use with digital media without losing that feel of vinyl (the surface of the platter is actually a 9” vinyl disc!) – all allowing Scratch DJ champions like DJ Switch to push their performances even further than possible with a vinyl ‘record’.

“Doing DMC-style hard-core scratch sets are made so much easier without worrying about needles & skipping records” – DJ Switch.

Playback and scratch tracks from a myriad of sources including USB ‘sticks’ or USB Hard Disk Drives via the top mounted USB port.  This allows the move from venue to venue with just a single USB device and not a laptop or CD collection, although the SC3900 can also playback CDs via the front loading CD slot, giving you true flexibility of your media choices.

designed with players such as the SC3900 in mind, allowing the ultimate in DJ set preparation, playback and control. Prepare the perfect set in the studio or on a computer at home, then export it to a USB stick or Hard Disk Drive and have everything needed for your DJ performance in a device small enough to fit in your pocket. Then, when it’s time to perform simply plug in and play, and even share the USB drive’s files with up to three other compatible players over a network. Once your networked players are sharing the music from one USB device, it’s easy to manage, cue, and play to any player via an iPad with the new Engine iPad app (requires downloading from the App Store).  Engine for iPad seamlessly controls your set wirelessly through a network – all via its large full-colour touchscreen.  And there is no need to worry about computer or connection problems; should the iPad become disconnected, your music is still securely connected to the player via USB, leaving playback, and your audience’s attention, uninterrupted.

Additionally, playback of files on your PC or MAC is possible with the included ‘Engine’ music management software which doesn’t even require a high specification computer to work quickly and efficiently.  With file searching speeds that leaves most other software standing still, Engine’s power is achieved by leaving the intensive audio processing at the player so the software is free to run before, or during your performance, utilizing the full capabilities of your computer. Prepare music on a USB device, playback music through Engine PC or Mac software, and control via networked players or even through a network connected iPad.

Hybrid MIDI mode has been a flexible feature and a great benefit to previous Denon DJ devices and it’s no different with the SC3900. Complete with the ability to be MIDI mapped to work with a wide variety of applications, the SC3900 can control DJ software utilizing DVS, without using time code CDs, making the SC3900 the most complete and flexible player Denon DJ has ever produced.

For performers who can’t or don’t want to choose between software, vinyl, CD, and digital media as well as those who want the ability to use one controller that doesn’t rely on a high-spec computer to perform, the Denon DJ SC3900 is the player that you have been waiting for.