IK Multimedia in collaboration with Audyssey are please to announced the new update for ARC – Advanced Room Correction System. ARC is the first acoustic correction system that combines a measurement microphone, measurement software AND a correction plug-in for most popular DAWs to improve the acoustics and sonic reliability of your studio. 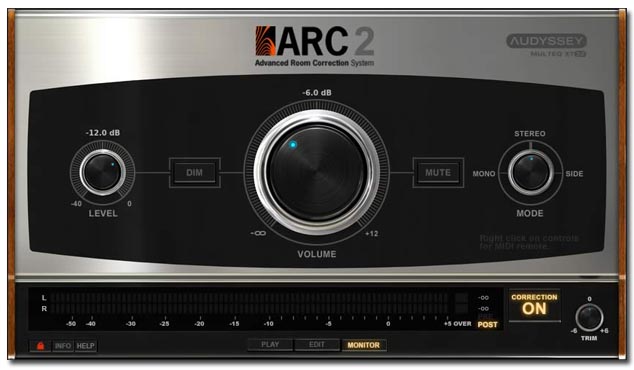 How does ARC improve your listening environment?
ARC works by measuring your room using the included measurement microphone and measurement software and then generates an algorithm to provide a correction of your room’s acoustic problems that you can apply to your mix using the included plug-in. You can record and mix with confidence knowing that what you hear from your speakers is a faithful representation of how your music will translate to the outside world.

Pricing and Availability
ARC 2 is now shipping from IK’s Online Store and its network of professional music resellers worldwide at a price of $299.99/€249.99 (exc. taxes).