Spend a few minutes chatting with globe-trotting Italian producer/engineer Pietro Foresti, and it’s easy to see that he’s passionate about his work. It’s a joy that’s contagious; his love of music is equaled by his excitement about the artists he works with and the technology he uses to create and record it. 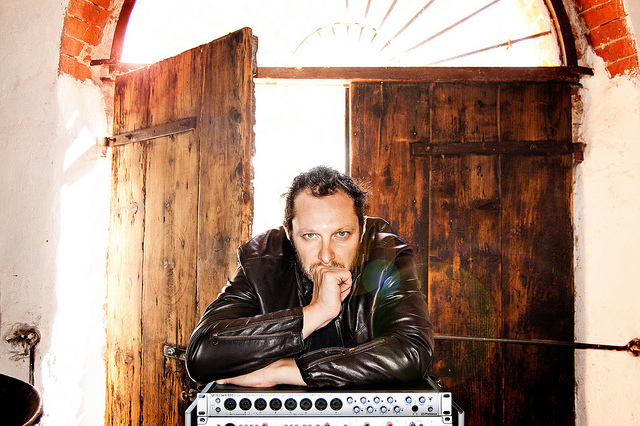 A true musical chameleon, Foresti‘s diverse discography ranges from the metal-tinged punch of Tracii Guns (L.A. Guns, Guns & Roses) and power punk of Scott Russo (Unwritten Law) to the acoustic Americana of Marvin Etzioni (Lone Justice), the soaring operatics of Andrea Bocelli, and the modern pop of Italian chanteuse Valeria Rossi. His production on The Promise by Warrior Poet garnered nominations for “Best Rock Album” and “Best Alternative Rock Album” from the UFI (Union Fonografica Independiente, Italy’s equivalent to the Grammys) in 2010.

Foresti’s background includes degrees in psychology and musicology, both of which he cites as pivotal in his work and career. “Studying psychology has given me an understanding of how to help the artists I work with express their vision,” he explains. “I’ve worked as a music therapist and music coach, which I feel has given me an insight into the challenges of realizing and communicating those ideas in your head.”

Musicology, he observes, has taught him how to listen. “Studying the classics, the history of music, and the psychology of music has given me a better understanding of sounds and textures and how different combinations and arrangements of sounds affect our brains and our emotions.”

Though he has worked in some of the biggest studios in Los Angeles, Europe, and Asia, Foresti’s favorite environment is his home studio, located in a 300-year-old castle in the lush, rolling hills of Tuscany. “It’s an environment where the artists can open up and breathe, clear their heads, and express themselves. You can find your ancient roots here, and you can feel a sense of freedom.“

One of the most important pieces of gear in Foresti’s studio is his PreSonus FireStudio. “As you might expect, I pay a lot of attention to the quality of the sound,” he says. “The clarity of the sound, of the space – these are all critical to the performance. The FireStudio gives me the most clear, detailed sound of any interface I have ever recorded with.”

The psychology of the workflow is also important, Foresti explains, and the FireStudio delivers in that respect, as well. “It’s not just the fact that the FireStudio has everything I need in one rack space. It’s also the way it’s laid out – I can work with it very intuitively, without having to think about the technical aspects of plugging and connecting, and I know it will sound great. So I can pay attention to the artist and keep them focused on their performance. My FireStudio helps me to be a better producer.“