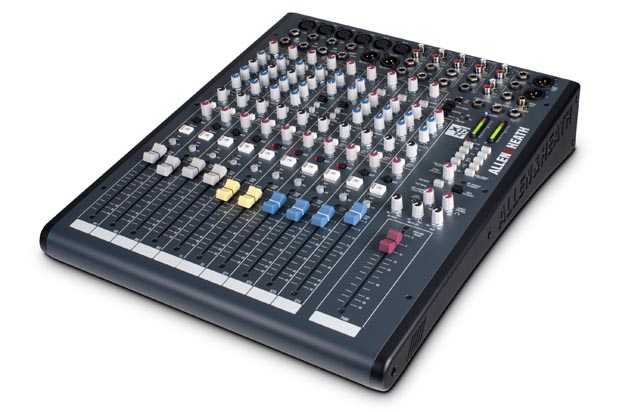 Designed for a broad range of applications from small radio or internet broadcast studios, to hospital radio, university radio, community radio and larger studios with multiple rooms, the XB-14² is equipped with a wealth of features specifically for broadcasters, including Telco inputs for telephone callers, mic fader start sensing for external connection and internal automatic muting of the speaker outputs, stereo channel start/cue outputs for transport control, multiple headphone outputs, and an additional stereo bus (Mix B).

The new model includes a stereo Audition bus that allows individual channels to be switched away from the main program bus for off-air monitoring. The Telco channel EQ has been replaced with variable high pass / low pass filters for control of the telephone caller feed signal, there is a new external monitor input level control, the pre-amps have been enhanced for lower noise and higher bandwidth, and the stereo inputs have more gain and routing options. Finally, the mixer is finished in matt effect paint to reduce surface reflections.

“Whenever we talk to XB-14 customers, they are always enthusiastic about the mixer’s great sound quality and high number of features packed into in a compact frame – features that make installers and broadcasters’ jobs easier, and combined in a way that makes the XB-14 super flexible in a range of studio setups.” explains designer, Mike Griffin. “Mk2 includes the remaining features that have been requested by end users over the years. We’re sure they are going to be even happier!”