BluGuitar is the new brand from Thomas Blug, renowned guitarist and the official “Strat King of Europe”. With BluGuitar, Thomas is realising his own vision of contemporary instruments with high tonal integrity for discerning guitarists. At Musikmesse 2014 – in Hall 4.0, Stand H10, Thomas is introducing his new, modern Amp1 guitar amplifier system and the 61 Masterbuilt electric guitar. 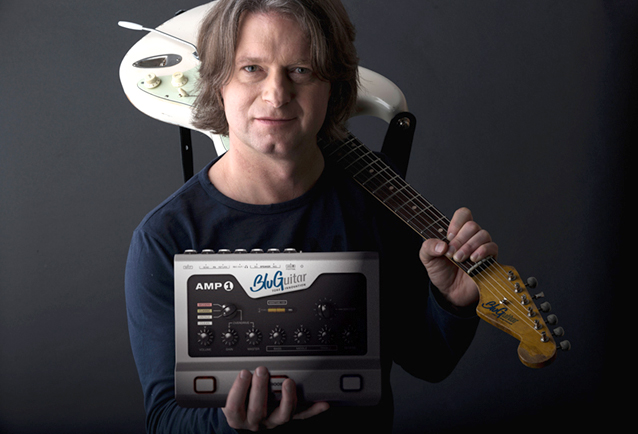 Amp1 – Boutique to go with sophistication

Amp1 is a fully analogue guitar amp with four channels amplified by a newly designed 100-watt Class D tube power amp. The amp sets new standards in terms of power, vitality, responsiveness and genuinely analogue output stage behaviour – the only Class D power amp to offer a PowerSoak. Amp1 features a Clean Channel and three Overdrive channels. Each of the four channels can be supplemented with an extra portion of gain via the built-in Boost control. Thanks to Amp1’s unique Custom Controls, guitarists can even customise the responsiveness and tonal character of each of the four channels to their own personal needs in order to maximise their individual tone.

Amp1 is perfect for use without a loudspeaker, just with headphones or for “Silent Recording”. You can use Amp1 like an amp head on top of your cab, connect it up to your effects board and stompboxes, or simply use it like an FX pedal on the floor in front of you. Amp1’s three footswitches let you select between the Clean/Vintage/Classic/Modern channels, with Boost and Reverb settings either on or off.

With Amp1 it’s possible to build a complete 100-watt guitar amp and effects setup on a single pedalboard for the first time ever. This will really help reduce the amount of cabling guitarists will need to use, which not only benefits their tone, but will also save the pro player an awful lot of time with assembly and clear-up before and after the gig.

Using the optional Remote1 foot pedal, all of Amp1’s functions can be directly selected via 9 switches. These settings can be stored as presets. There are 4 Banks with 9 Presets available. Consistent with the Presets, Remote1’s MIDI out can be used to switch programmes on external MIDI-capable effect devices.
Alternatively, the optional MIDI1 Adapter allows players to control Amp1 with their own favourite MIDI foot pedals. For players who want to integrate their favourite FX pedals into the Amp1 guitar system, the optional Looper-Kit extension (featuring four true bypass relay loops) is available, making pedalboard tap dancing and sound loss a thing of the past.