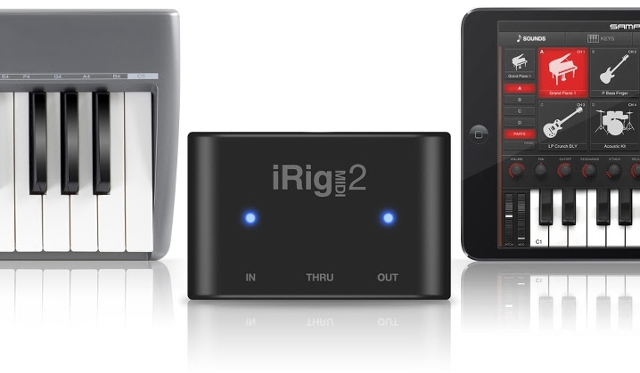 iRig MIDI 2 adds a whole new level of portability and connectivity thanks to its detachable and interchangeable cable inputs, standard MIDI connectors and pocket-sized form factor. It’s the perfect mobile MIDI solution for the musician on the go.

iRig MIDI 2 is so flexible because all of its cables are fully detachable and interchangeable via its Mini-DIN connector: Users can swap out Lightning connector, 30-pin connector and USB cables on the fly, which allows for quick switching while on the move. All cables are bumper friendly, which means that iRig MIDI 2 can be plugged into mobile devices without having to remove any protective case.

iRig MIDI 2 is available now from music and electronics retailers worldwide and from the IK Online store for only $99.99/€79.99 (excluding taxes).