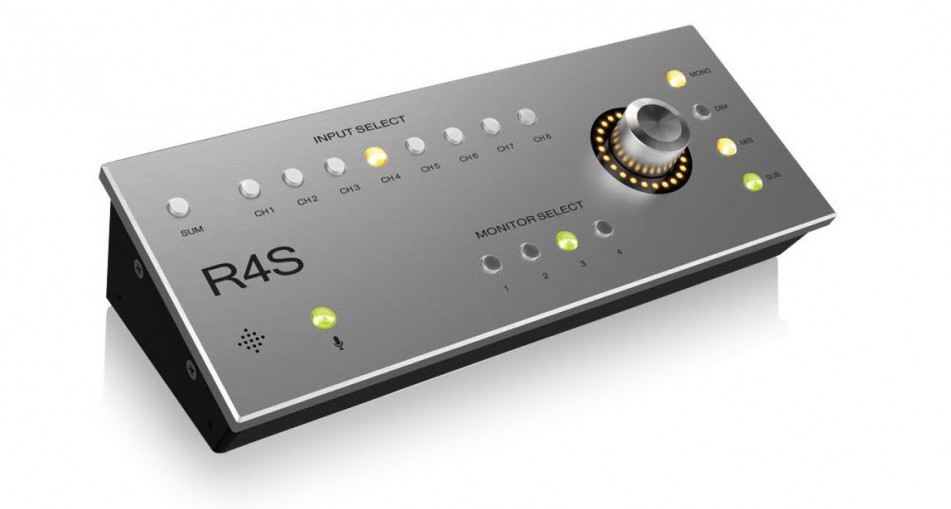 Antelope Audio is showcasing the new R4S Remote Control for Satori monitoring solution and the new MP8d eight-channel mic pre with A/D at the Summer NAMM.
Antelope has chosen Summer NAMM to make the international debut of its R4S Remote Control — a flexible, USB- powered companion to the Satori monitoring controller. The R4S puts all the functionality of the Satori monitor controller at the user’s fingertips, making it easy to access source and speaker selections, volume level, summing, stereo effects and even talkback.

The R4S — which is scheduled to ship mid July for only $299 — provides engineers with ease and flexibility to control Satori remotely and allows for fast switching of the full set of options, including talkback via the built-in mic. R4S has a small footprint and ergonomic design, which makes it easy to fit in the often-limited space of the work desk.

Experience the Antelope Ecosystem
In addition to the official launch of RS4, Antelope will be conducting regular presentations of the entire Antelope Ecosystem which includes groundbreaking products including the Orion32 multichannel AD/DA, the MP32 mic pre, the Pure2 mastering converter, as well as Zen Studio and the new MP8d — which makes its first U.S. appearance at Summer NAMM. Each day of the show, the Antelope booth will also feature guest appearances by VIP engineers, to be announced the first day of the show.

Antelope will be offering special discounts to its dealer community between July 6 and 13. It consists of a 5 percent discount on all orders and 8 percent on Antelope Ecosystem orders that include an Orion32, MP32, Satori and Pure2. Interested dealers should contact their local sales representatives for more details.