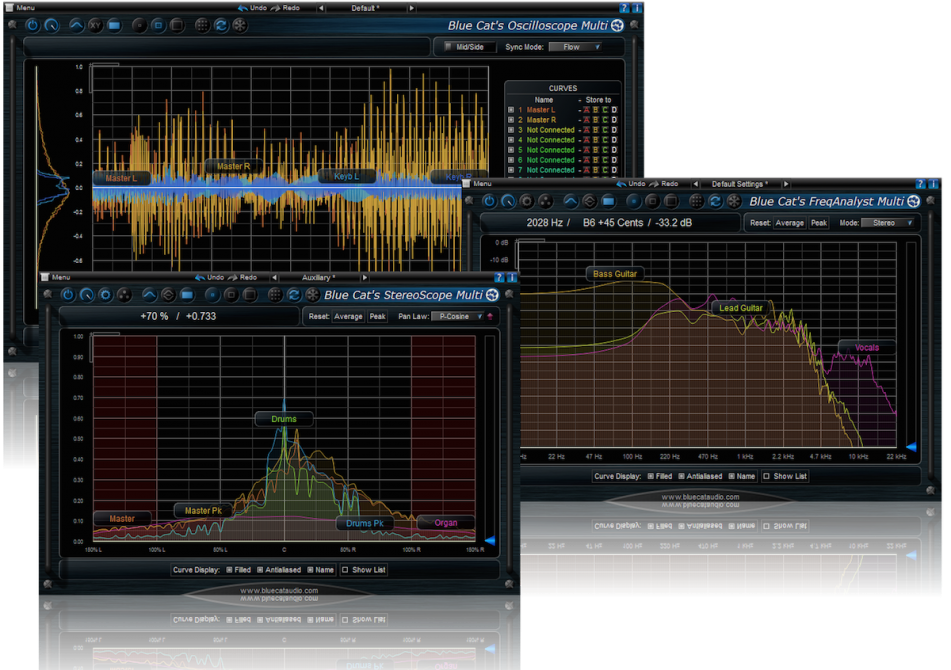 Blue Cat Audio have released an update for their multiple tracks analysis tools, adding the ability to save the characteristics of measured material to reuse them later as references for comparison.

Blue Cat’s FreqAnalyst Multi, Oscilloscope Multi and StereoScope Multi are special audio analysis plug-ins which can communicate between instances: It is thus possible to visualize the spectrum, stereo image and waveform of multiple audio tracks on a single graph. These tools also provide the ability to compare the characteristics of several tracks using spectrum, stereo image or phase difference analysis.

With this new version, it is now possible to save all these measurements to reuse them later as references for comparison: you can measure and save the characteristics of third party material (mixes, but also rooms, audio plug-ins or hardware) to compare them with your own later, and make it better. Other improvements and fixes are also included in this update, as detailed below.

The plug-ins are available alone or as part of several bundles (Blue Cat’s Multi Pack and Analysis Pack). The update is free for existing customers and can be downloaded from the same page as the initial purchase (link received by email). Demo versions are also available for download on www.bluecataudio.com, in VST, RTAS, AAX, Audio Unit and DirectX plug-in formats, for both Mac and PC (32 and 64-bit).