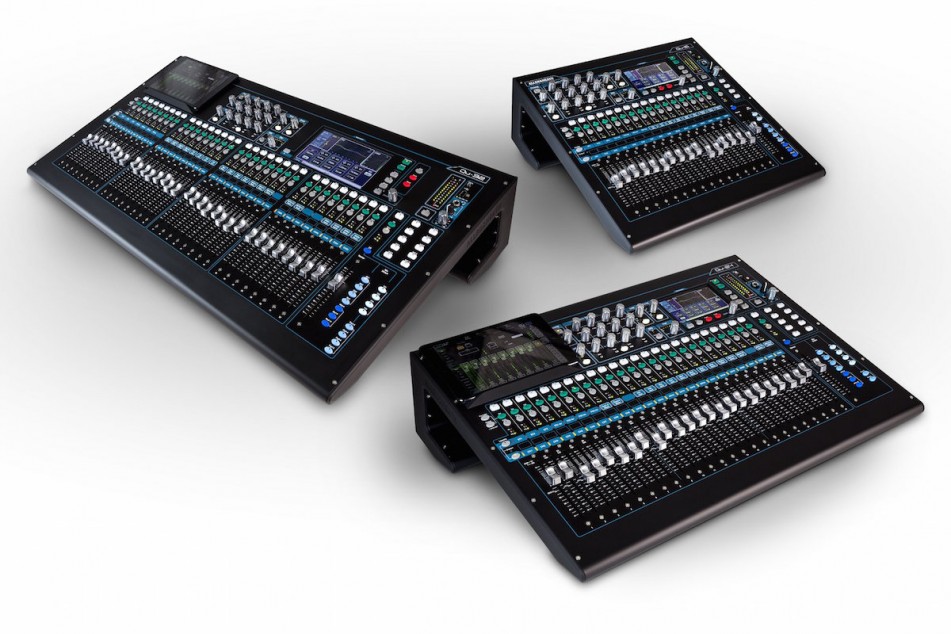 The new Automatic Microphone Mixer (AMM) coming in v1.8 firmware helps the engineer to manage the levels of multiple mic inputs, ensuring that each speaker’s contribution is heard, but with priority settings to establish an order of precedence. AMM is vital in applications such as conferences, meetings and panel discussions where a number of microphones are open at the same time, reducing background noise and minimising the risk of feedback.

A new Spectrogram tool provides a fast, visual means of hunting down and dealing with problem frequencies, helping to eliminate feedback and tame difficult room acoustics. Qu v1.8 Chrome firmware also unlocks more monitor mixes by allowing Stereo Groups to be switched to Mix mode. This takes the maximum number of discrete monitor sends to 9 on Qu-24 (4 mono, 5 stereo) and 11 on Qu-32 and Qu-Pac (4 mono, 7 stereo), making them well suited to compact touring as dedicated monitor consoles. The Qu-Pad app receives further enhancements with the inclusion of new controls, views and functions, such as remote control over AMM settings. Qu-Pad is one of a series of control apps which also includes Qu-You for personal monitoring.

“With features like the touchscreen, motorised faders, multitrack recording to USB and a choice of hardware and software for personal monitoring, Qu has been the pace setter in compact digital mixing. The new updates make Qu Chrome an unrivalled solution for conferencing and monitor mixing,” says A&H product manager, Nicola Beretta. “These add to a broad range of live sound and recording applications where Qu is already excelling, and of course existing Qu users will be able to update to v1.8 Chrome firmware to get even more flexibility from their mixers.”