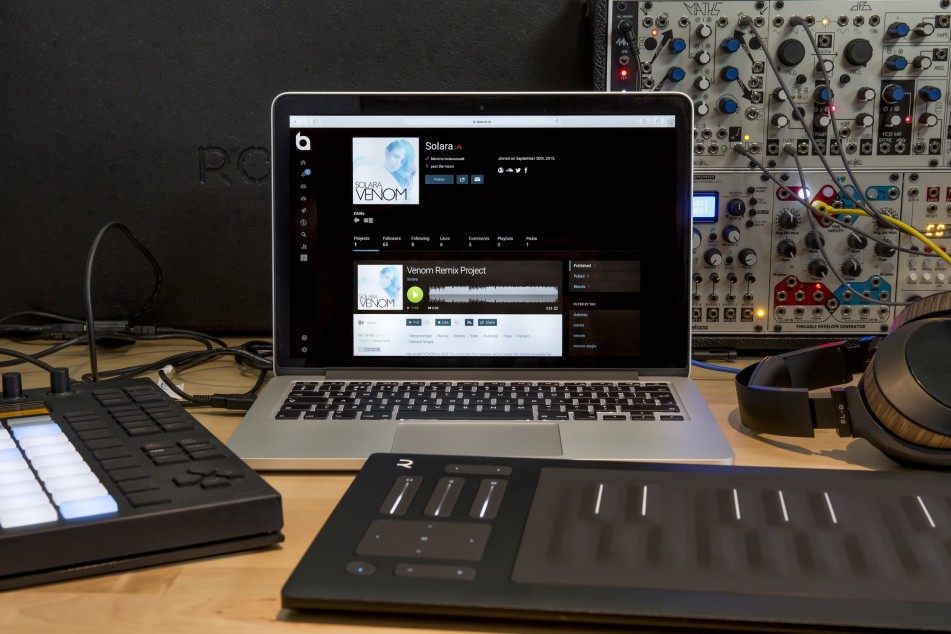 ROLI​, the London-based music creation startup, today announced the acquisition of​ ​Blend , a rapidly growing music collaboration platform founded at New York startup studio betaworks​. This announcement comes less than a year after ROLI announced its acquisition of JUCE, the leading C++ framework for cross-platform audio development. By extending its areas of expertise in software and hardware innovation to include a leading social platform, ROLI has now established a vertical end-to-end toolchain that is among the most complete in the entire music industry.

Roland Lamb, founder and CEO of ROLI, said, “At ROLI, we are passionate about delivering the best possible experiences for music creators. Many aspects of music making have remained fractured and poorly integrated, in part because few companies have been in a position to innovate across a complex chain of different disciplines and product categories. We’re tremendously excited to see Blend join ROLI and can’t wait to work together to build a fundamentally more connected music creation ecosystem.”

ROLI has shot to prominence as a groundbreaking music technology startup since its 2013 introduction of the​ ​award-winning​ Seaboard GRAND, an evolution of the keyboard that enables new dimensions of touch control. The GRAND and its sound engine, Equator, has been lauded by leading artists from industry-leading composer Hans Zimmer to critically acclaimed producer Jamie xx – and from Oscar winner AR Rahman to virtuoso keyboardist Jordan Rudess. In September ROLI launched the​ ​Seaboard RISE​, ​a 25-keywave controller for $799 that makes multidimensional control accessible for the first time, and it is already receiving rave reviews.

Blend gives music creators the ability to share their projects in source format, enabling them to collaborate, remix and engage with others in the global community. The social platform was founded by Alex Kolundzija in 2013 at New York startup studio betaworks. In a blog post about the acquisition, Kolundzija writes, “I founded Blend two and a half years ago with a mission to leverage the web as a collaborative music platform not simply for finished music, but for every step of the creative process. We’re thrilled to join ROLI and feel that they’ll be a great home for the product, the entire Blend team and the global community of Blend users.”

John Borthwick, founder and CEO of betaworks, said: “We are happy to have helped nurture and support Alex and the Blend team in creating a remarkable service, and we are delighted that they will be an integral part of ROLI. The impeccable design, engineering and breadth of vision demonstrated by ROLI in their products to date makes us very excited to become shareholders.”

The acquisition was announced at ROLI’s US launch event for the Seaboard RISE in New York, which featured performances by​ ​Heathered Pearls​ ​and​ ​Beacon​.