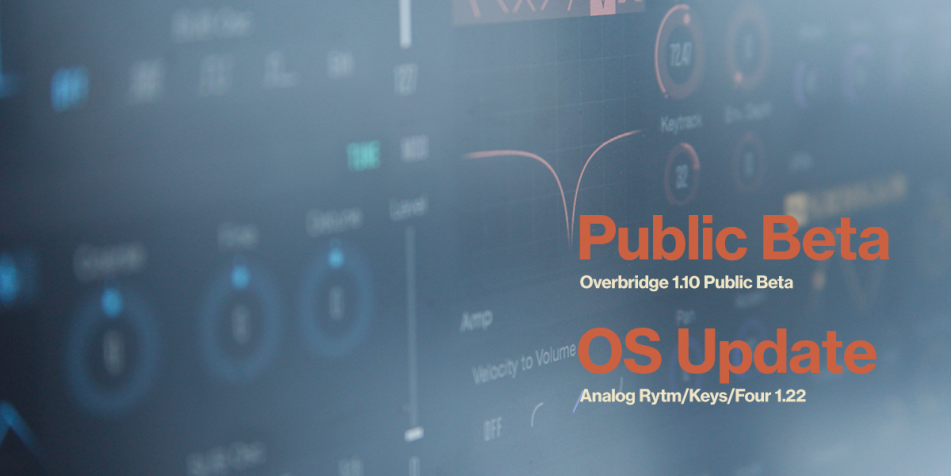 Swedish music instrument makers Elektron today present a public beta of Overbridge 1.10. In addition to the substantial Overbridge update, OS 1.22 for Analog Keys/Four and Analog Rytm has also been made available. The new Overbridge version, in combination with the features introduced by OS 1.22, greatly enhances the depth of the DAW integration for the Analog range of machines, as well as their individual functionality.

OS 1.22 for the Analog range of machines, and the updated user manuals, can be downloaded from the Elektron website. The OS download includes a change log outlining all OS 1.22 improvements.