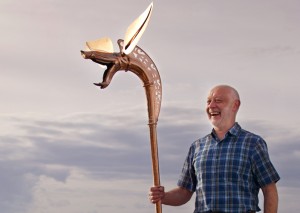 The world premiere of Archæomusica, an exhibition that transports visitors back to the origins of music and explores how our oldest elements of music history sounded – from the Stone Age and Pompeii through to the Middle Ages, will take place on 6th June. It is an exhibition that stimulates all the senses and uses both modern technology and hundreds of restored instruments to allow visitors to experience Europe’s earliest soundscapes – and to test a selection of ancient musical instruments.

The exhibition will also be accompanied by concerts and other musical experiences featuring guest artists, as well as workshops and lectures. This will provide an exciting holistic experience with something for everyone, regardless of age.

All roads lead to Rome – but first via Ystad!

The premiere of Archæomusica, which is part of a comprehensive EU project called EMAP, will take place at Ystad Abbey, which has been selected to join a number of other European cities in hosting the exhibition. Musik i Syd is EMAP’s institutional base and project owner in Sweden. The Archaeomusica exhibition is a collaboration with the Municipality of Ystad. Music archaeologist Cajsa S Lund is the project leader:

“I’m very happy that we are hosting this exhibition, which is quite unique. Craftspeople from around Europe have been producing replicas of the sound-based findings that will appear at the exhibition. For example, a Neanderthal flute found in Slovenia, antique lyres from Greece and wind instruments from Pompeii. There are several findings from the Swedish region of Skåne that will also be shown at the exhibition, such as a Bronze Age horn found in Gullåkra and a Stone Age drum that was dug up in Västra Hoby. And a bronze percussion instrument from Balkåkra has a close link to Ystad; it originates from the same time as the King’s Grave (Kungagraven) in Kivik, which can also be visited via the exhibition’s “soundgate”, comments Cajsa S Lund.”

Archæomusica will be open in Ystad from 6th June 2016 until 8th January 2017, before heading for Spain.

“Archæomusica is this year’s biggest cultural event in Ystad and it is a privilege to be able to offer an international exhibition of this standing. We believe that it will attract numerous visitors from not only Ystad and the Skåne region, but also from the entire Nordic region and other parts of Europe, says Charlotta Blom, Head of Culture at the Municipality of Ystad.”