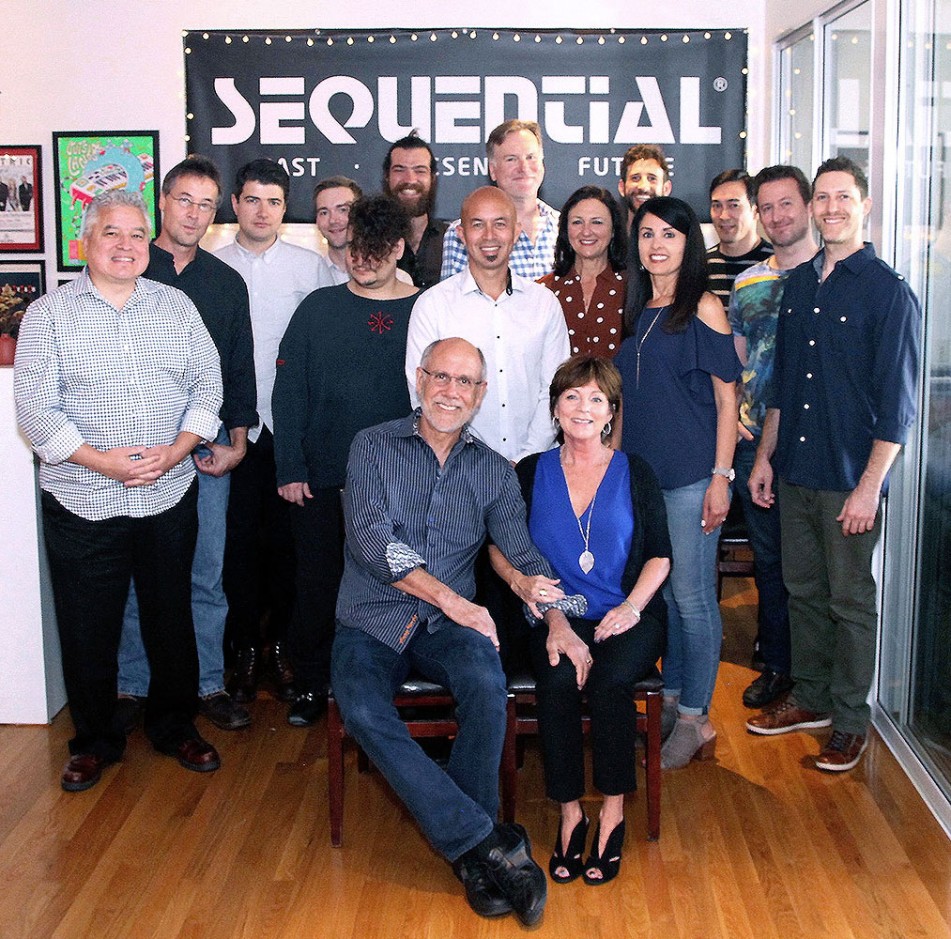 In a move auspiciously timed to coincide with the 40th anniversary of his legendary Prophet-5 poly synth, Dave Smith today announced that Dave Smith Instruments will rebrand itself as “Sequential” — reclaiming the mantle of Smith’s original, ground-breaking company. Going forward, all products and services will bear the Sequential brand.

Company founder Dave Smith explained the decision: “It seems incredible, but this month marks the 40th anniversary of the Prophet-5. That’s a huge milestone. And it felt like the right time for us to completely restore the Sequential brand and bring our journey as a company full circle. The name change also reflects the fact that our instruments are the result of a team effort. It’s not just me, it’s the entire company.”

Founded by Smith in 1974 as “Sequential Circuits,” the original incarnation of the company quickly established itself as a major innovator in the then-nascent field of electronic instruments. In 1978, Sequential Circuits’ flagship keyboard, the Prophet-5, took the music world by storm as the world’s first fully-programmable polyphonic synthesizer—and the first musical instrument with an embedded microprocessor.

Numerous other ground-breaking products soon followed, including the hugely popular Pro-One monosynth, the Prophet 600 (the world’s first MIDI-equipped instrument), the Six Trak (the first multi-timbral synthesizer), and the Prophet VS (the first instrument to feature digital vector synthesis). Sequential Circuits ceased operations in 1987 and the company’s name (shortened to “Sequential” in the mid-1980s) and assets were acquired by Yamaha. Smith went on to consult for Yamaha and Korg, developing the Wavestation and other innovations.

In 2015, with the encouragement of Roland’s Founder, Ikutaro Kakehashi, Yamaha returned the Sequential name to Smith in a gesture of goodwill. “Once Kakehashi-san and Yamaha enabled us to re-acquire the Sequential name, I knew we’d fully adopt it again when the time was right. That time has arrived,” said Smith. “The best part is that we have the same sense of excitement and enthusiasm for making the world a more creative place as we did 40 years ago. Sequential is back, better than ever.”

Originally launched in 2002 as Dave Smith Instruments, Sequential is helmed by legendary musical instrument designer and Grammy® award winner Dave Smith. Dave’s many accomplishments include the creation of the Prophet-5 — the world’s first fully programmable polyphonic synthesizer—and his legacy as the primary driving force behind MIDI (Musical Instrument Digital Interface).

The company’s products are used by an ever-growing roster of well-known musicians and are available from music retailers worldwide. Instruments include the Prophet-6, OB-6, Prophet Rev2, Prophet X, and the Tempest analog drum machine. Sequential is based in San Francisco, where its instruments are also manufactured. For more information, visit www.sequential.com.