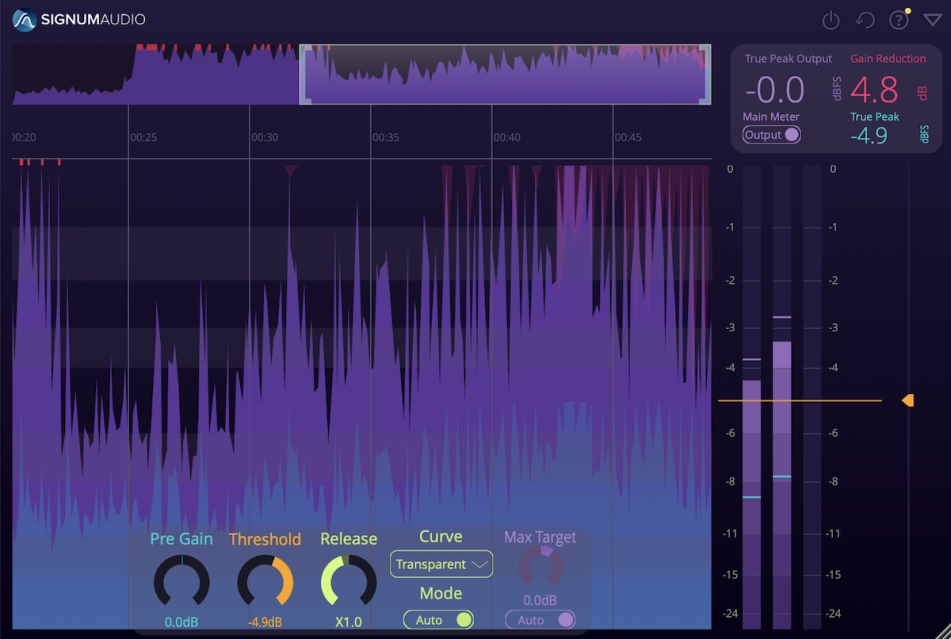 Scottish developers Signum Audio are proud to announce the release of BUTE Limiter 2, a major upgrade and redesign of the widely celebrated BUTE Limiter.

UTE Limiter 2 is driven by Signum Audio’s novel limiting algorithm which is specifically designed for utmost transparency. For version 2 the algorithm has been further refined to deliver even better performance at extreme settings. Improvements to the algorithm include better bass response and support for shorter release times.

As a result, BUTE Limiter 2 delivers smooth and ultra-transparent limiting that keeps the character of your master while taking care of any intersample peaks.

The plugin will be available for free to both BUTE Limiter and BUTE Loudness Suite users.