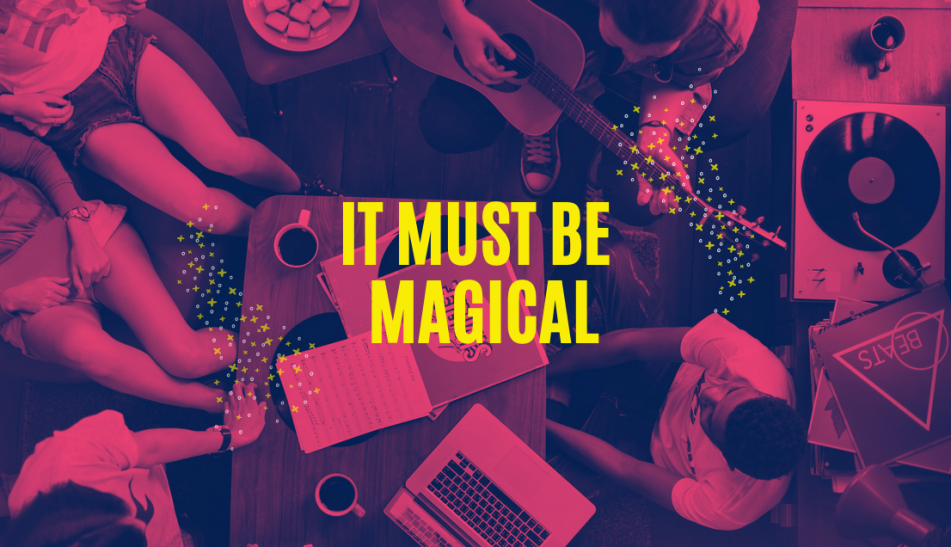 The CEO and CTO of Tonic Audio Labs, Ethan Clift and Allison Clift-Jennings, respectively, are no exceptions. The business partnership and married couple are in the process of finalizing development on a first-of-its-kind consumer electronic device called Lumos, designed to utilize artificial intelligence to help a user write, craft, and complete original songs, alone or with collaborators.

Having been in hardware development, tech startups, and user experience development for close to a combined 30 years, Clift and Clift-Jennings are pouring their skill and insights into Tonic Audio Labs, their newest startup. The pair are no strangers to translating cutting edge technology into viable products, designing beautiful interfaces, and taking risks on something they strongly believe in. And on top of that, both CEO and CTO are avid music fans and songwriters.

“I love the songwriting process, but I often find myself stuck and unable to turn my ideas into completed tracks,” Clift-Jennings said. “And we are in a uniquely experienced position to do something completely innovative about it. In order to create an automated songwriting assistant at the level of quality we wanted, we decided to design an entirely new hardware — we knew a simple app just wasn’t going to cut it.”

Tonic Audio Labs are developing a sleek handheld device with a Tensor Flow chip that can process A.I. software up to twenty times faster than a standard laptop or mobile device. Its interface is simple: four rotary dials, some buttons, and a touch screen that can help a songwriter suss out a rhythm, write lyrics, craft beautiful harmonies, or even complete a catchy melody from something as simple as a few rhythmic finger taps to more complex, like riffing out a mind-bending guitar solo.

Along with its machine learning capabilities, Lumos is designed to be backed up on a cloud and collaboration friendly. With this songwriting pocket pal, a user could tap out a beat they thought of while brushing their teeth that morning, send it to a friend, and have a snappy, creative idea for a completely original chorus hook by brunch time. Lyrical suggestions and harmony helps are also a huge part of the Lumos offering — much like having the whole panel of Songland or The Voice in your pocket, without the subjective arguing and creative discontinuity.

“We designed Lumos to be a songwriting companion — not to take away from the process, but to make it better,” Clift said. “Like how a great writer uses a thesaurus as a tool to find that word that isn’t quite coming to mind, Lumos acts as a tool to jog creativity and close the loop on our ingenuity. Having used the Lumos on my own songs, it is nothing short of a magical experience.”

Both Clift and Clift-Jennings are wholly comfortable and confident in living in the “innovator” segment of technology, society, and culture. Clift-Jennings launched her startup career in a big way, as co-inventor of the Pinnocio device, a battery-powered IOT microcontroller. It became the centerpiece of her company Filament, which was part of the Techstars New York City program and raised $25 million in its heyday. Her husband Clift, Columbia-grad and unabashed entrepreneur, has founded multiple gender and minority-focused organizations, including Girl Empire, Parlor Shows, Lean Crafting and Checklet. From 2016-2018, he sat on Nevada Lt. Gov. Mark Hutchinson’s Entrepreneurship Task Force.

Shaped by experienced travellers in the tech frontier filled with that gritty startup determination, the Lumos device could not have been created by more fated hands. “Lumos is a state-of-the-art, completely original design from top to bottom,” says Clift. “We wanted it to be easy to use but incredibly sophisticated, so everyone from novice music makers to professional songwriters could create and complete amazing songs, and there really hasn’t ever been hardware out there for songwriters — until now.”