Steinberg announced last week that most Steinberg products run flawlessly under Apple’s latest operating system, Mac OS X 10.7 Lion. The majority of Steinberg products are Lion compatible; however, further development is required to ensure overall compatibility through the entire product range. While the testing phase was completed prior to the release of Lion, Steinberg will release patches and driver updates for current products with remaining issues. 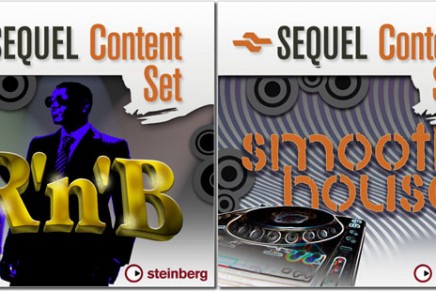 Two new Sequel Content Sets are now available in the Steinberg Online Shop: R’n’B and Smooth House. Each set contains hundreds of top-quality loops and is compatible with Sequel 2 and all Cubase retail versions from 4.5 and up.

World Beatz, Electronic Dance and Groovy 70s are three new Sequel Content Sets that Steinberg is releasing today. Each set contains hundreds of top-quality loops and is compatible with Sequel 2 and all Cubase versions from 4.5 and up.

Three new Sequel Content Sets are now available in the Steinberg Online Shop: Chillout, Reggae and Orchestra. Each set contains hundreds of top-quality loops and is compatible with Sequel 2 and all Cubase versions from 4.5 and up.

Steinberg is pleased to announce two more Content Sets for its Sequel 2 Music Creation and Performance Software. Each featuring over 300MB of studio-grade loop content, the new Sequel Content Sets have been designed by professional audio content producers.

Steinberg is pleased to announce two new Content Sets for its Sequel 2 Music Creation and Performance Software. The two new sets each add over 250 MB of first-class loops to the already formidable loop library included with Sequel 2 covering the genres Funk and Electro.

Steinberg today launched a free Trial Version of Sequel 2, the latest release of its successful entry-level music creation software. The Sequel 2 Trial Version showcases all the new features introduced with Sequel 2 such as the Controller Learn Mode, Track Freeze, Track Icons, the enhanced Sequel MediaBay, the Virtual Keyboard and much more. Sequel 2 is available now for ?99.00* from authorized Steinberg dealers and online. The update to Sequel 2 for existing Sequel owners costs ?29.00 and is exclusively available through Steinberg?s Online Store.