Terratec Producer has updated Komplexer to version 1.0.2.0. Komplexer is a high end synthesizer Made in Germany, which sets new standards for VST plugins. Eight macro controllers are onboard to afford utmost handling ease. 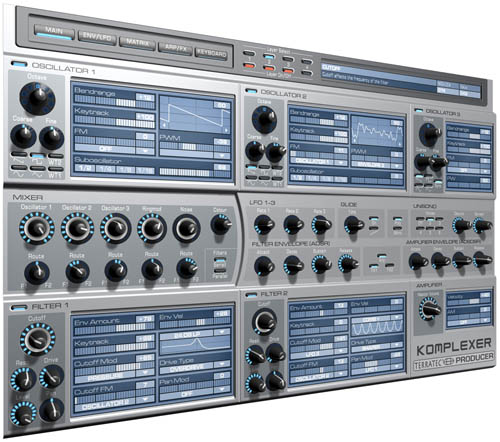 Improvements with version 1.0.2.0.:
– Bugfix: On some PCs the Komplexer VST could not been started after installation.
Fixed in 1.0.2.0 with new code compiler which is better supporting all necessary CPU
extensions (SSE, m3Dnow, etc).

– Bugfix: Wavetable viewing windows were displaying crossfade between WT32 to WT1.
Fixed with version 1.0.2.0. Crossfade display now is between WT32 and WT33.
That bug did not effect the WT sound slide (just a viewing bug).