Relab Development from Denmark just released their first plugin. When creating the first entry for their own product line, Relab Development decided to create the most accurate emulation that could replace this legendary hardware reverb. The LX480 plugin ($199) goes far beyond emulation by using the exact same reverb technology and introducing higher density modes and functions not found on the original. 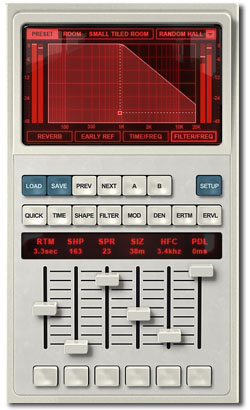 For over two decades, the Lexicon 480L Digital Effects System* has been the standard by which all other signal processors are measured. The Lexicon 480L* remains a popular choice among top producers for the most demanding tasks. Even today the Lexicon 480L* is widely considered as one of the best-sounding reverbs ever built. The LX480 will set the new standard for reverb plugins in the future. Download the demo and listen!

Features:
• Faithfull recreation of the reverb algorithms from the Lexicon 480L*
• Modeled input and output stages – Everything is modeled from internal clipping to
quirks in the feedback loops
• Additional exclusive features and functions not found on the original
– Continuous controls
– Flexible and additional filter structures for better sound shaping
– More ER delay lines
– Stereo manipulation