Celemony has a birthday to celebrate: the company was founded 10 years ago, and Melodyne has been with them for 10 years. 10 years in which the outstanding software has gone from an insider tip to one of the most highly valued audio tools around. Celemony is expressing its thanks with 10 of the legendary wooden boxes in which the first Melodyne was delivered. Each box contains a license for Melodyne editor, for Melodyne studio and for all Celemony software products released in the next 10 years. What that means is that everyone who gets a box will receive all the software products and updates released by Celemony until the year 2020 free of charge. 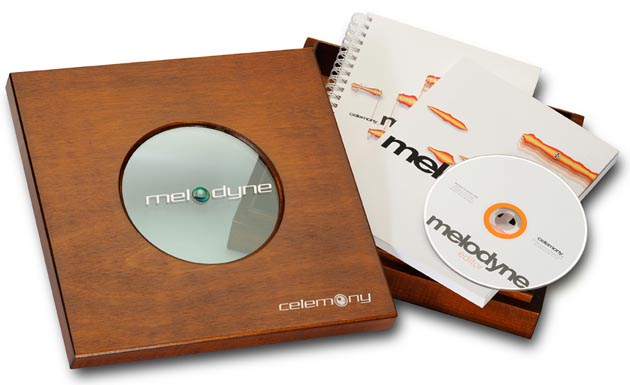 To participate in the prize draw, all you have to do is leave Celemony a birthday greeting. Starting now: in the Celemony Forum, on the Facebook Fanpage wall, or on the MySpace page “Music With Melodyne” – whichever is preferred. Three people whose names are drawn from among those greetings will each receive one of the ten boxes. Celemony is most looking forward, naturally, to greetings with a touch of originality – a short film, a Melodyne anecdote, a poem or something of that kind. The fourth box will go to the person who comes up with the best greeting (selected by our jury). The closing date for entries is the 16th January 2011, the last day of the NAMM Show, where Melodyne was presented for the first time 10 years ago.

A further three boxes are being offered as prizes in competitions organized by the specialist magazines Sound On Sound and EQ. You will find further information in their recent issues and on their web sites. The three remaining boxes will be auctioned on eBay. We will transfer the proceeds of the three auctions to the charity Médecins Sans Frontières (aka Doctors Without Borders). You will find all the relevant information and links on the Celemony web site, where in January the names of the four winners will be announced and the best birthday greeting will be published: www.celemony.com/birthday