In a move that brings the sounds of its PCM96 Stereo Reverb/Effects Processor to more users than ever before, Lexicon today announced the introduction of its PCM Native Effects Plug-In Bundle. The new software package makes all the effects processing of Lexicon’s acclaimed PCM96 available as a plug-in that adds a wealth of inspirational new sounds to a user’s DAW that are not available anywhere else. 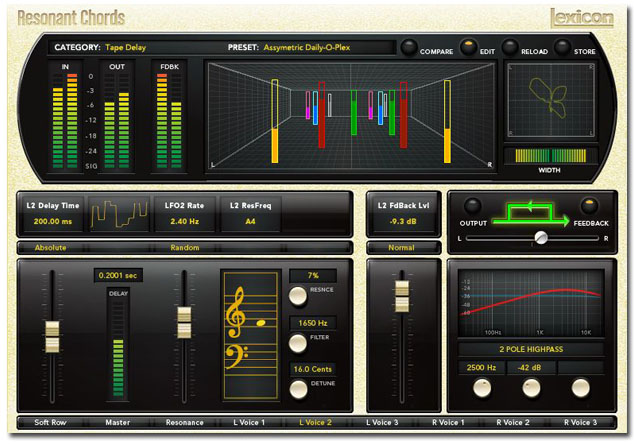 The PC- and Macintosh-compatible PCM Native Effects Plug-In Bundle is designed to work with popular DAWs like Pro Tools and Logic, as well as with any other VST, Audio Unit or RTAS-compatible host.

The PCM Native Effects Plug-In Bundle incorporates all the capabilities of the PCM96 hardware unit including:

The PCM Native Effects Plug-In Bundle adds to these effects an all-new Stringbox algorithm, which provides the user with 88 virtual strings resonating according to the audio in. Several tuning and panning options are available, along with a virtual keyboard and randomizer, giving users the ability to create never-before-heard chords, melodies and room sounds.

The Lexicon PCM Native Effects Plug-In Bundle is Native only, and requires iLok authorization. It will be available in Jan 2011 at a suggested retail price of $1199.95.