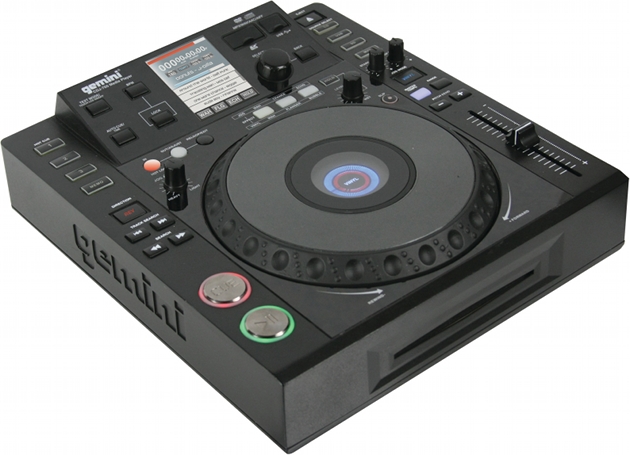 Today’s DJs need the ultimate in flexibility. Gemini’s new family of media players allows DJs the ability to play the most common audio formats across several platforms. Combining the ability to access, search and perform their music in several formats (WAV, AIFF, MP3, or AAC) from a CD, USB memory device, or SD (SDHC) card with powerful playback controls, Gemini’s new line of media players gives DJs more control and options than ever before.

The CDJ-700 is a tabletop media player with advanced controls such as loop adjust and slip mode. The CDMP-7000 is an all-in-one media workstation with the traditional two-decks-and-a-mixer layout DJs are used to, along with two large, touch-sensitive platters with LCD displays, and controls for cueing, looping, and scratching your music. The CDMP-2700 is a 2U dual rackmount media player that combines the features of the family in a compact mobile design.

“Looking at the modern DJ workflow we rethought what a media player should be,” said David Cabasso, Vice President of Product Development at GCI Technologies. “Our newest family of media players gives DJs more control and options than they’ve ever had before.

The CDJ-700 tabletop media player pricing is TBD and will be available through musical instrument, electronics, and DJ retailers in the first half of 2011.