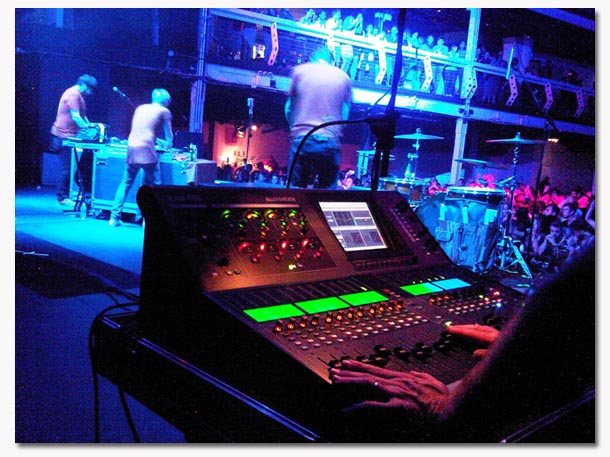 “Early on in the tour, the band only carried one iLive system, to keep monitors consistent,” explains FOH engineer, Daniel MacBean. “However, we were so impressed with how easy the system is to tour with and set up that we decided to get a second system in for FOH. It literally takes 30 seconds to set up at FOH: plug in Cat5, turn on power, and I’m good to go!”

The band has performed in America, Europe, Asia and the international festival circuit this year using two iDR-48 MixRacks and iLive-T80 Control Surfaces connected using Dante, which provides a digital split between the FOH and monitor systems and provides additional recording facilities.

“After ease of use, the most striking feature about iLive is the sound quality. It really is the most analogue-sounding digi board I’ve ever used. If you shut your eyes it genuinely sounds analogue, it has warmth that you can’t find in any other digital desk. Plus, the effects, reverbs especially, sound amazing with very little fiddling, and the EQ’s, dynamics in particular, are a definite cut above the competition,” explains MacBean.