Denon DJ SC2900 marks a revolution for Professional, Club and Studio DJs by bringing Denon DJs first ever static-platter controller and media player combining the ultimate in ground-breaking design and the highest in industry-standard quality. 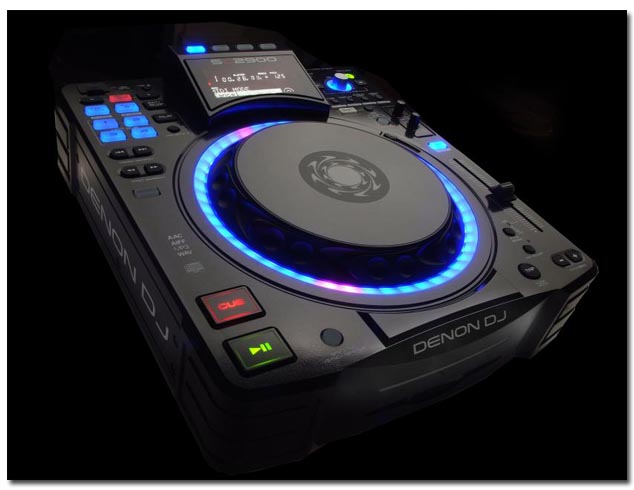 ‘ENGINE inside’ ensures compatibility with ENGINE software – a unique combination of software and hardware that empowers todays DJs with high speed access and control over their extensive digital music libraries. Leaving the ENGINE software to manage the set from a USB connected, or networked, PC or MAC and the hard work down to the player itself – reducing the need for a super-powerful computer to manage the DJs performance.

The button layout reflects that of the popular SC3900 with a bank of Loops and Cues top left of the platter for throwing down samples and top right are the navigation controls ensuring the fastest access to the DJing essentials. Similarly reflecting the same newly redesigned ‘Hard’ Cue and Play buttons with the only significant layout change to be the ‘SLIP’ button which replaces the SC3900s ‘DUMP’ button: for reverse, loop, and scratch whilst continuing playback at the same rhythm and point that would have been reached prior to pushing ‘slip’ – an essential editing feature in the studio and the booth for dropping out inappropriate lyrics without disturbing the flow of music.

Denon DJs heritage in Professional DJ Equipment married with new developments in software leaves the SC2900 as a true consideration in the Professional, Studio and Club DJ market. From the more traditional CD DJs, through portable USB media and connectivity to the latest in software or even network sharing makes the Denon DJ SC2900 the choice, whatever the style of DJ and whatever the occasion.
It’s time for change.