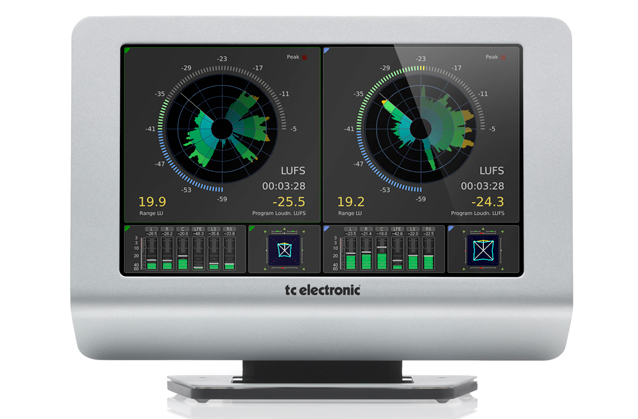 Black & Lane’s Ident Tones for Surround is a tool that allows for testing channel allocation, level and phase of 5.1 surround signals. Developed by Martin Black and Keith Lane from Sky TV in London in 2004, this sequence

is widely used in international broadcasting.

This special instrument was created to not only generate a BLITS test signal, but to also use the BLITS sequence for a user-friendly and comprehensive analysis and display of level, channel allocation, phase, delay and polarity of incoming digital audio signals in 5.1 mode. Adjustable limits complement the analyzer. The sequence can be acquired from any digital input of the TouchMonitor.

Apart from the analyzer, the BLITS instrument features a signal generator part that is capable of generating not only the 5.1 sequence, but also a stereo ident sequence either in EBU 3304 format or as the widely known GLITS tone. An identification header like a station ident can be placed optionally in front of the test sequence. The signal will be output through the AES 3 or AES3id output feeds.

The BLITS license option for TouchMonitor requires users to install the current firmware version 3.12 first, which can be downloaded for free at: tcelectronic.com/touchmonitor/support