Steinberg announced the release of Cubase iC Air, allowing users of Cubase 7 or Cubase Artist 7, together with Leap Motion Controller or Intel systems powered by the Intel Perceptual Computing SDK, to control Steinberg’s popular DAW intuitively by the command of gestures. 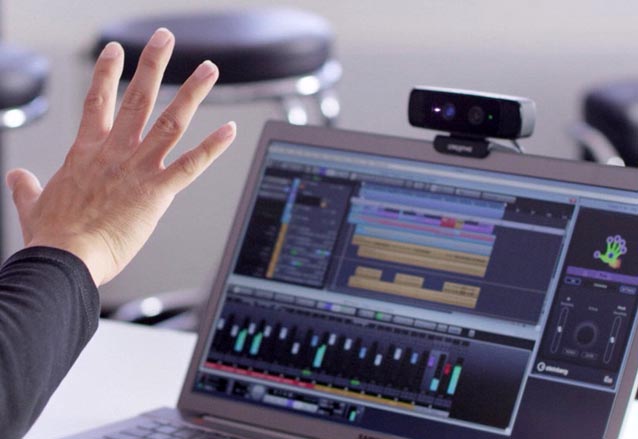 “With the advent of various gesture recognition technologies we’ve been looking into possibilities to control Cubase in a novel way by using simple hand gestures as an alternative control alongside the conventional mouse and keyboard — and Cubase iC Air is our first achievement in this field of research,” comments Shih Ming Law, key developer for Cubase iC Air.

The application embeds a control panel within Cubase 7 and Cubase Artist 7, giving visual feedback of the user’s hand gestures that are picked up by depth cameras from Leap Motion and Intel. Pre-programmed gestural commands allow the user to perform transport controls, such as start, stop, forward and rewind, to jump to the next or previous track, to audition through sections of audio and zoom in and out the arrangement.

By implementing a virtual version of Steinberg’s AI Knob, users are also able to control many other parameters of Cubase as well as VST 2.4 and VST 3 plug-ins through Cubase iC Air. 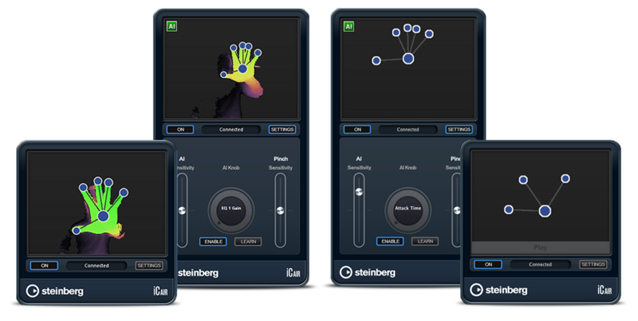 Intel global account manager Jean-Pierre Navarro says: “The great collaboration with Steinberg’s developer team helps get the most of the Intel platform and the Intel Perceptual Computing SDK. Cubase iC Air provides users with a new and exciting way of interaction. This is an entirely new way of experiencing music.”

Cubase iC Air is a software component that requires Cubase 7 or Cubase Artist 7 as host application and a Leap Motion Controller or depth camera run by the Intel Perceptual Computing SDK.

Cubase iC Air is a freely downloadable component, available from the Steinberg website.

• Use pre-defined gesture commands for transport control, navigation and more