Three months ago, when Positive Grid (www.positivegrid.com) first unleashed its BIAS amplifier modeler and designer app for the iPad, guitarists and bassists around the world enjoyed it so much that they began clamoring for an even more portable iPhone-compatible version. Now, their requests have been answered with the official iTunes App Store launch of BIAS for iPhone. 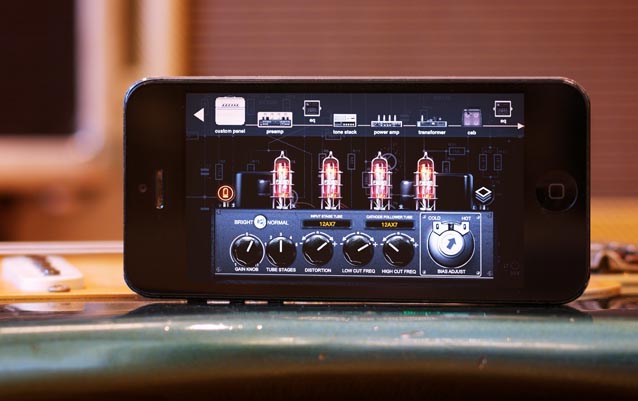 The new iPhone and iPod Touch version of BIAS features a number of sonic improvements over its initial iPad version debut, as well as the addition of ToneCloud, the industry’s first cloud-based amp sharing social platform. With BIAS for iPhone, users are able to create and share their own custom amp creations with fellow musicians as well as download, like and comment on the creations of others.

“With this new version of BIAS, musicians can own, design and share an infinite collection of highly realistic sounding amps right in their iPhones,” says Positive Grid Marketing Manager Jaime Ruchman. “And we know that a lot of them want to rock the stage with BIAS, so, with our upcoming BT-4 Bluetooth controller rounding out the complete product ecosystem, they’ll be ready to live the whole BIAS experience anywhere.”

BIAS for iPhone is a highly flexible tool that can be used in many ways depending on musicians’ working preferences and necessities. Renowned bands like Periphery and Trivium, as well as solo artists including Ola Englund, Jeff Loomis and Keith Merrow, have already embraced BIAS as their main tool to practice, write, record and even perform live. “The BIAS app is really versatile for the beginner or advanced guitarist,” says guitar virtuoso Jeff Loomis. “Being able to create killer guitar tones from scratch is a touch away with BIAS’ easy to use interface, and it’s a ‘must have’ for all touring guitarists.”

But what truly makes BIAS for iPhone unique is that when perfect tones are achieved, users can upload them on ToneCloud and interact with other musicians, making it a social platform for great sounding amps.

Guitarists and bassists will find in BIAS for iPhone an unlimited palette of tonal possibilities no matter what their musicals style are. Clean, glassy, blues, crunch, high gain, metal, bass and even acoustic amps can not only be selected, but customized to please the most demanding tone seeker. And for those looking to add realistic pedal effects to their custom amps, BIAS for iPhone can be seamlessly integrated with JamUp, Positive Grid’s powerhouse multi-effects processor, eight-track recorder and phrase sampler for guitar and bass. It can even be used with Apple GarageBand and a myriad of other audio apps using iOS7’s Inter-App Audio and Audiobus.

BIAS retails for $9.99 and is immediately available for download at the iTunes App Store. Designed for iOS7, the app requires an iPod Touch 5 or iPhone 4s – or newer – to operate.